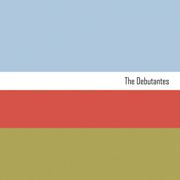 The bio namechecks Joy Division. The first eight seconds intro the album with downstroked, reverbed "guit-arpeggios." Is it Interpol Mark II? Is it some other band aspiring to a mediocre version of Factory Records-level brilliance (hello, Prosaics)? Mercifully, no. In fact as Late Night Shutdown by Allston, MA's Debutantes unfolds, it shines a small light of hope for the college-age indie kid still buried inside of me.

Upon initial listening, the Joy Division comparison seems completely out of leftfield; but as this album sinks in, it begins to remind me a lot of another Factory Records-obsessed label/fan (and label founder)/ band: Teenbeat/Mark Robinson/Unrest. At the ass-end of the eighties, and more prominently in the early nineties, the fast moving strum and sparkling guitars of Teenbeat bands (most expressly Unrest, which was fronted by the aforementioned Teenbeat label founder Mark Robinson, later of Air Miami and Flin Flon) was one of the defining sounds of college rock (sometimes known then as alternative music, which in this day and age is anything but alternative… but that's a complaint left for another time).

The musical tie to Factory was somewhat subtle, but definitely present; the influence was undeniable (for further proof see their Sub Pop singles club 7-inch "A Factory Record", wherein they cover some of the lesser lights of Factory Records like Crispy Ambulance, ESG, Miaow, and Crawling Chaos). The Debutantes similarly have that Factory-filtered through American indiepop feel.

Sparkling guitars ring throughout this release. Lines intertwine and enmesh reminding me of bands like early New Radiant Storm King and a slightly less jangly and more angular version of the Feelies.

For a time the Feelies seemed destined for a reputation akin to the Velvet Underground as a very influential, if less than popular, band ("less than popular" in spite of some college rock chart action in the eighties and a brief appearance in a Jonathan Demme flick); a band not heard by the teeming masses, but beloved by those who did. It feels like the Debutantes have captured some of that infectious and influential guitar sound.

(Sidebar: if you're unfamiliar with the Feelies, I suggest you familiarize yourself. "Crazy Rhythms" is the album that stands out to most critics, but I've always been more of a "The Good Earth" man myself. "Slow Down" from that album has turned up recently on the soundtrack to The Truth About Charlie and in a recent Citibank commercial. It's one of the best songs of the eighties. In fact, as I sit here and think about it, I insist you go get a copy of "The Good Earth." Now. Go. I'll wait here…

Back yet? Good. Let's continue…)

Getting back to the subject at hand: the Debutantes. They open with "You taste so useless and worn out," which builds neatly entwined clean guitar lines subtly into a noisy crescendo. "Telephone" could have come off an Unrest album, with it's quick tempo and urgent guitar hooks. It's a good thing. "Days" replaces the clean twist of guitars with a more driving bass and a moody, distorted guitar drone- it's a great change-up and keeps things interesting leading off the second half of the record. "No wonder town" manages to recall the Smiths in some of it's guitar figures. The album closes with a wonderfully melancholic instrumental "Tremolo."

This album is a fine addition to the indierock genre, with lineage that passes back through a forgotten era of college rock that predates the horrifying term "alternative" and includes the previously touched upon bands (Unrest, the Feelies), along with bands like Pylon, (old) Yo La Tengo, and occasionally digs further back to the likes of Jonathan Richman and even a much lighter Velvet Underground. Recommended!

Well worth hunting down, yer gonna have to go to their website for now to get a copy: www.thedebutantes.net.