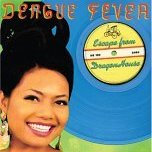 I had a huge writer's block in the mid-90s. I'd written for The Rocket, and many other zines and tabloids off and on for years, but after a couple of years of working with the homeless, I found I didn't have much to say — there were better stories than mine, everywhere else.

I was the swing shift security guy in a low income housing tenement on Pike and Minor at the time, and one of the volunteers I worked with was a young Cambodian woman named Davi. We had gone to Olympia together to campaign on behalf of housing for the homeless, and in the van on the way back she told me a little about the horrors she had experienced under the Pol Pot regime — she had lost most of her family. I kept thinking about this one beautiful little life, going through such adversity to get through hell.

When we returned to the facility, we began writing up the protest event together for the building's newsletter — and I became unblocked. We wrote and edited the events of the day as we sat there together at a desk in the Jesuit Volunteer's office, and I found I could write again.

Well, that trickle of creativity that enabled me to write again was nothing compared to the awesome flood of joy and pain and energy flowing through this awesome multi-cultural mash-up of a record. Global label M80 has released the second album of Dengue Fever, what they call a "Cambodian psychedelic pop band," due out on September 13th. It combines all of the dirty funk, raw soul, cheesy pop, and solid R&B groove records you adore in your collection into one super-impressive whole.

Vocalist Ch'hom Nimol (who has performed for royalty in Cambodia), Zac and Ethan Holtzman (on guitar and Farfisa, respectively), Beck's sax player David Ralicke, Radar Brothers' bassist Senon Williams and drummer Paul Smith create a musical novel on the level of "The Clear Light Of Day" or "The Stars at Noon" — even if I can't understand most of the lyrics on the album.

Like those weathered Eastern European art-punk bands many other rock critics declare to be brilliant, for me it reminds me of an entire culture that was almost eliminated, but its origins are even more intense — of the existentially dispossessed finding its rhythm back into the center of the world.

If you buy this and can resist the pull of sound-film songs like "Tip My Canoe," with its layered keyboards and urgent female vocals, or the psycho-dramatic "Tap Water," which sounds like the resplendent pinnacle of a psychotronic musical, I'll wonder if your heart has been drained by so much soul-less American indie rock of the past ten years.

There are dark edges to the album, a sense of danger beneath the thrushes of organ — and the strange, claustrophobically violent imagery of the male-rapped "Made of Steam," for example. but as the record closes with "Hummingbird," a gracious Velvets-style ballad, it feels as if you have been transported back to a place of peace — tracers still intact, but ready for den-mat bliss-sleep.