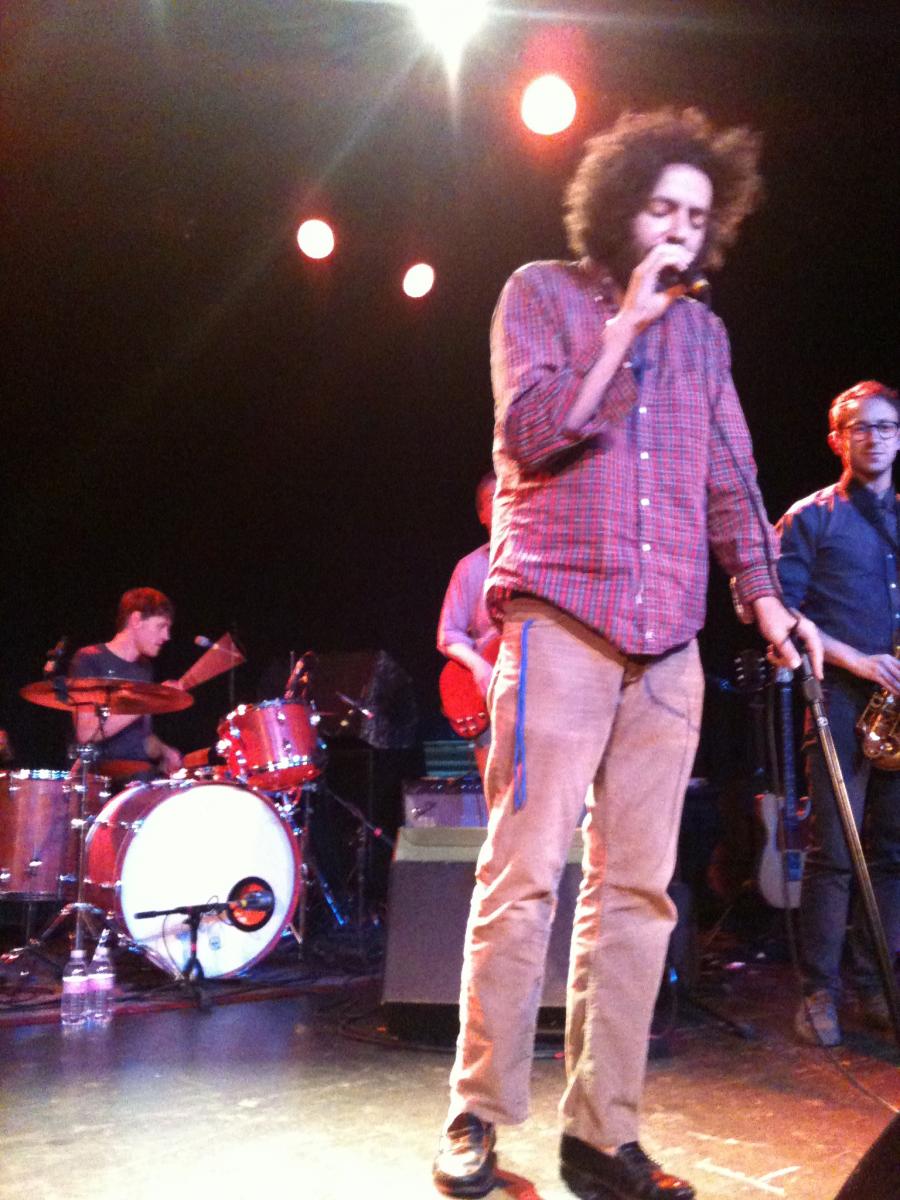 Destroyer and Nurses at the Showbox

I have to admit a small part of me was just a bit worried about how this show would turn out. You see, despite having a name befitting a metal band, Destroyer can tend to veer towards the light, jazzy, lounge-act end of the musical spectrum. My apprehension was that there was a chance this show would be too mellow and laid back. Would music that casual still be interesting in a live setting? Luckily, any small hesitations I had were put to rest as soon as Destroyer took the stage Sunday night.

Front man Dan Bejar lead the eight piece band through a rather engaging and at times upbeat set, highlighted by the numerous fantastic tracks that make up their 2011 album Kaputt. An early standout of the night was "European Oils," which comes off of their 2006 album Destroyer's Rubies. The song started off light and smooth like a lot of other Destroyer songs, but as it progressed the guitar and piano picked up until it was absolutely rocking, and the band did it total justice by playing it LOUD.

Bejar himself came across as an almost-timid front man. He would often sing with his eyes closed, occasionally playing the tambourine with his back to the audience. His vocal style is a bit improvisational — at times closer to talking than singing — and he kept the songs spontaneous and interesting by changing the cadence and rhythm of the words from their recorded versions. He would often kneel down during the instrumental parts of the songs, almost seeming like he was trying to take a back seat for a moment and let the band step up and do their thing. The band certainly held up their end of the bargain, as they sounded absolutely tight and locked in throughout the night.

Portland's Nurses opened the show to a half-full house. Although last year's release Dracula seemed to slide under the musical radar, it saw the band's sound expand fuller and richer, with more bass lines and more soul than the somewhat stripped-down and experimental sound of their 2009 release Apple's Acre. Songs like "You Lookin Twice" and "Trying to Reach You" got the crowd in a good groove leading up to Destroyer's set. It seemed that for a large portion of the audience, this was their first introduction to Nurses. Thankfully they seemed to be very receptive and pleasantly responsive to band that can come across a little unconventional and eccentric to the uninitiated.