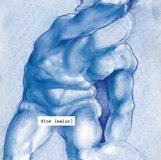 Dios (Malos) reintroduces us to rock and roll. "Hello, rock, this is Erik." "Erik, rock and roll." No, not dance rock, not indie rock. No, this is rock and roll. Complete with the alcohol and drug. All we need is some groupies and we've got the return of Grand Funk Railroad.

Well, maybe that's a little over-the-top, but Dios (Malos) is one of the most straight up rock albums of the year, combining Beach Boys-style harmonies with wall-to-wall guitars to create a power-pop the likes of which we haven't seen since Matthew Sweet decided to become Jimmy Buffet.

(For all of you who are wondering, "Are these guys the same as Dios?" The answer is yes. Ronnie James Dio forced the lads to change their name as to not confuse an unassuming public that this might be a comeback by rock maven's Dio. Ah well, at least Ronnie is keeping busy).

Dios (Malos) was produced by the venerable Phil Ek, who has worked with the likes of Built to Spill, Pretty Girls Make Graves, The Shins and Modest Mouse. You can hear bits and pieces of all of those bands on the disc, but it's the thundering and echoing guitars and drums of Built to Spill and the harmonies and handclaps of The Shins that are most obvious. The opener, "Feels Good Being Somebody" has an amped-up Shins and/or amped-down Nirvana feel to it (strange, I never thought you could sound both like The Shins and Nirvana simultaneously). That wall-of-sound is expanded in "I Want It All" and "Grrrl," which have more of a Wilco feel with southern rock guitar riffs and piano, while "EPK" captures more of a Matthew Sweet circa In Reverse sound. You even get to venture into a strange Tom Petty and the Heartbreakers-esque number like "My Broken Bones", and strangely enough, it works pretty well. "Tokyo Sunrise" is a lot of fun, with a funny 1950's rock feel to it, like a more aggressive Calexico.

A clear standout, and also clear oddity, on Dios (Malos) is "Say Anything". As if Radiohead found anti-depressants during the recording of OK Computer, the gentle guitar and semi-electronic beats melt into something you might expect to find on a future OC compilation (Is this a bad thing? Many times there are good songs on the clearly for-profit abominations.) "Say Anything" sticks out on the album, though, with its gentleness and tenderness whereas most of Dios (Malos) is squarely in the "rockin' out" camp.

Dios (Malos) is a welcome respite from the dance-oriented rock that has dominated our indie world over that last year. Sometimes, they fall prey to their influences, summoning just a little too much Beach Boys or Kinks for any single band (e.g., "I Feel Fine All the Time") but beyond these slight transgressions, the album is solid through and through. If you've missed just rocking to your music, Dios (Malos) hears your pleas and will satiate you (unless you've already turned to The Darkness).