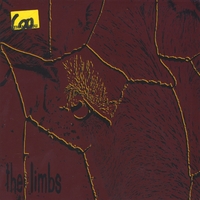 Drunk Tooth and the Bedroom Eye

Aptly named Seattle band the Limbs are like body parts you'd find next to the highway. They may have been on someone cute once, but now are all over the place. The band gargles on lyrics that sound like Jack White in the Vox, all the while recalling spy soundtracks at the center of their mid-tempo punk rock scrawl.

Drummer Mike Peter pounds through the Moog-fueled pollution of singer/guitarist Matt Hanrahan and bassist Tyler Jensen, and the resulting noise ties tracks like "It's A Civilian" into the swampy thrall of the Cramps but with the rock power of the U-Men.

Those are two beastly big bands to name-drop for a debut "spaz-rock" full-length, and though I don't know if I'd return to Drunk Tooth as often as I would the best LPs of those noise-makers, I have the feeling the Limbs may be immortalized for live chaos years down the road. After all, later on in the album I can still make out a cowbell (!) and full-on skronk and woo-hoos, and so the near-drone sameiness of some of the songs earlier on seems forgivable.