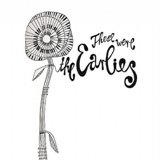 These Were The Earlies

There is an inherent difficultly in creating listenable psychedelic rock. If you veer to far into the realm of random instrumentation, you suddenly become a jam band. If you keep yourself too quiet and lowkey, you suddenly become new age music. You get too obsessed with vocal harmonies, and you're the Beach Boys. It's not an easy row to hoe, musically speaking that is. The Earlies tackle all of these issues with the ease and success of a Pro-Bowl lineman, producing one of the best forays into indie psychedelic since Yoshimi Battles the Pink Robots.

The Earlies debut CD These Were the Earlies has been out in the UK since July 2004 (so all those übercool indie kids have been enjoying the Earlies out of the import bin for quite some time), but thanks to the Indiana label Secretly Canadian, it finally gets its long-awaited US release. The Earlies straddle the Atlantic both musically and with their personnel, with half of band hailing from her majesty's kingdom and the other half from the colonies and what is produced is a melding of the "folktronic" pioneered by the Beta Band with the 1960's psychedelic of the B's (Byrds, Beach Boys and Beatles).

The opening tracks of These Were the Earlies start off as mellow as you can get without medically prescribed sedatives. "One of Us is Dead" takes a page out of the Flaming Lips playbook, with a mellow synthesizer line and layered vocals that drift ethereally through the tape-reel and sample fun. Jumping backwards to the Beatles, "Wayward Song" starts with a Beatles' Lonely Hearts-era sound with some of the finest obo-tooting in any album this year (well, I suppose any year). By the time you get to "Slow Man's Dream" and "25 Easy Pieces" you realize that maybe this isn't the best album to listen to if you're driving non-stop from Chicago and Seattle, but dang if the time doesn't pass quickly as the songs seem to meld and weave into each other like a Altman film.

Oddly enough, the standout of the album actually is the most dissimilar song on the album. "Morning Wonder," a Beta Band-like song, starts off with a minute-plus intro of dueling instruments and slowly builds into a magnificent vocal explosion of harmoniousness. (If you have a nice, fast interweb connection like I know all you kids do, be sure to check out the video, it is truly a piece Yellow Submarine/Monty Python animation candy). The lyrics act as only a vessel for the complex and rich vocal harmonies that make "Morning Wonder" the shortest 5:34 song ever written. It is what all songs should aspire to: the creation of a journey created solely through sound where the song builds and progresses in order to captivate the listen rather than just relying on a hook or cliché. That being said, "Morning Wonder" was stuck in my head for about a solid week; its just that kind of song.

After the sinister "The Devil's Country", the Earlies unleash their most tender and soothing song in a world of calm on "Song for #3", with gentle piano lines that hearken back to Burt Bacharach as much as the Flaming Lips. How long will we sing this song? How long will the chorus go on? they sing, and you can tell they really hope we say "forever". "Bring It Back Again" is as driving a song as you'll find on the album, with a hypnotic bassline that melts with the vocals, almost like American Analog Set meets the Chemical Brothers. This is one of the strongpoints of the Earlies: the ability to make music that sounds truly symbiotic, where one instrument cannot exist without the others. The closing song, "Dead Birds," is a somber journey that lyrically samples from "Morning Wonder" as they plea Mother Mary, take me home, bringing the album full circle.

These Were The Earlies is one of the rare albums in this day and age of mp3s and single-serving sound that truly works at its best as a entire album. The music is so interwoven and interdependent that many songs lose their punch with their brethen surrounding them. The rich textures and vocal complexity makes the album a new listen each time your put it on as, to borrow from Nick Hornby, we try to "solve" the music. It's sad that it took almost a year and a half before all of us stateside could experience These Were the Earlies but at least we can hope that it means it will be a shorter wait for the next sonic adventure.