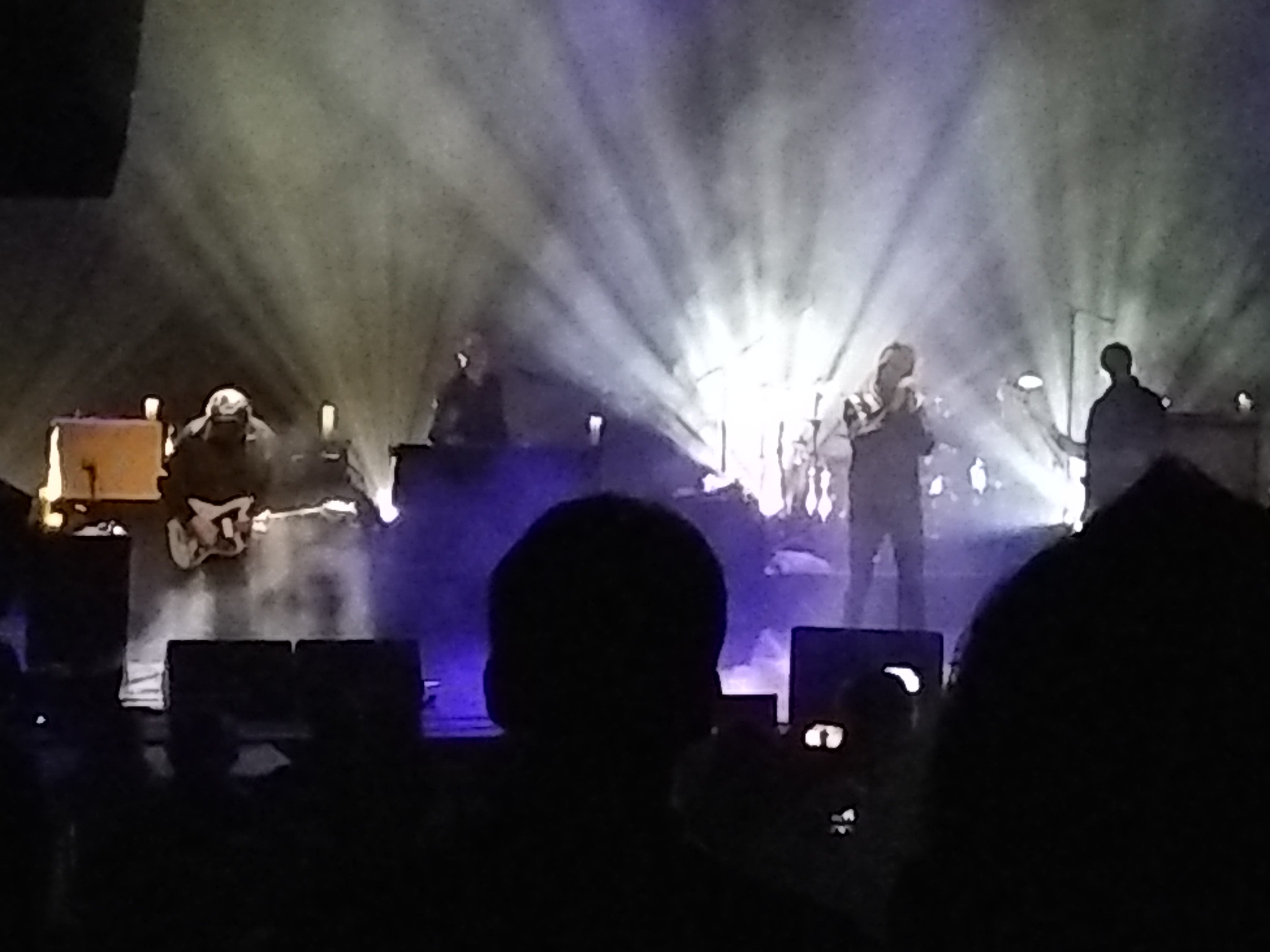 Echo and the Bunnymen Live at the Moore Theatre

It’s not a particularly rare event these days when Echo and the Bunnymen perform live in Seattle. In fact, the band has had concerts in town four times during the last five years. In 2017, they played as part of summer’s Zoo Tunes series at the Woodland Park Zoo. That setting isn’t remotely appropriate for a group like Echo and the Bunnymen. Luckily, on Thursday evening, they performed at the lovely and historic Moore Theatre downtown where smoke machines were billowing and stark lighting was on display.

The Bunnymen have just released The Stars, The Ocean and The Moon, a new studio album that features orchestral reworkings of classic tracks alongside three new compositions. In support of the release, however, the group performed as a six-piece rock band. There were no strings or new arrangements in the songs that were played live. Instead, Ian McCulloch, Will Sergeant and their tight band tore through a seventeen song set that was primarily culled from the original 1980s era of their most beloved albums.

There was one new song played, “The Somnambulist,” which was by far the weakest song of the evening. Unfortunately, their last handful of studio albums have all been fairly mediocre affairs, although it is also commendable that they continue writing new material. Aside from the new track, the only real surprise in the setlist was “Rust,” from 1999s underrated What Are You Going To Do With Your Life? It’s a shame that the Bunnymen didn’t pull anything out from 2001’s Flowers or 2005’s Siberia, which are the best albums released since 2000. That could have made the set more dynamic and a little less predictable.

The highlight of the night was perhaps the two songs from 1981’s magnificent Heaven Up Here that were played back-to-back, “All My Colours” and “Over The Wall.” McCulloch’s voice is still in fine form, as evidenced by his vocals in the older material. He still wails and croons his way through the songs with vigor. Sergeant’s unmistakable guitar playing always sounds amazing as well. He swapped gorgeous vintage guitar after gorgeous vintage guitar between songs. It’s hard to say how many different guitars he played during the performance, but is was certainly an impressive collection.