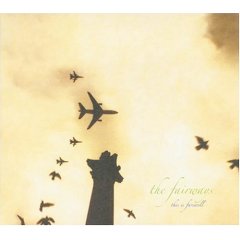 I used to love the fey, jangly, indie-boy/girl pining of twee-pop. I wore lots of sweaters, wrote lots of poems, stared longingly at artsy girls who would never — who could never — love me. Ahh, those heady days of college.

Somewhere after graduation I realized that that stuff doesn't usually cut it in the real world. And I was really no sensitive wallflower at all to begin with. In fact, whatever the opposite of twee is — well, that's where you'd probably find me. I never completely lost the taste for the music, though. I just stopped listening. So like two old friends who have both changed over the years, me and twee decided to sit down for a spell together. Only thing is, unlike me, twee hasn't changed a bit — and it seems no worse for wear for it.

I can frequently be heard to opine that music doesn't rock any more; that is not to say, that music has lost its edge. Its attitude. Its moxie.

Between the corporate watering down of music and the preponderance of navel-gazing flooding the (allegedly) independent radio airwaves, music seems to have gone all squishy and soul-less. It's not that the "good" stuff doesn't exist, it's just that it's hard to find it beyond the sea of anguished/introspective voices that have sadly come to represent independent/college/ alternative (choose your adjective) music. In short, I'm so desperate to rock, I'm actually looking forward to Rob Halford's return to Judas Priest. and I don't even like heavy metal.

What does all of this have to do with the Fairways latest album, This is Farewell? Precious little, actually — except to illustrate the disdain I would typically have for yet another soft-focus, jangly-pop confection. Yet. no disdain here at all. This record is really great.

There's bouncy electric piano and precious vocal harmonies… and even an audible gasp. "oh, crap. this isn't gonna be fun at all." Wrong. Almost immediately the vocal melody and repetitive piano line had me bobbing my head. Stop it! This doesn't rock! I can't like this!

The first cut was no aberration. In fact, the album got even better right away with "The Back of Her Hand," which races right along in a soft-but-quick burst of indie guitar pop with organ. "Catch that Man" has a bit of a bossanova flair, backing vocals enforcing a sort of breezy, lounge-y vibe. a very pleasant surprise.

The further into the album I got, the more I was reminded of 70's AM radio as heard through a distinctly 90's indie- pop filter. The release sounds somewhat familiar, but never dated. It makes some nods to other styles and eras; "Little White Lies" has a bit of a late-50's, early-60's pop feel, "Fine Day" is distinctly Beatles-esque. The last song, "This is Farewell," makes the clearest nod to the uber-twee mainstay Belle and Sebastian.

Throughout the recording the gentle vocal harmonies give the material much of its cohesiveness, a fact I found even more impressive when in the liner notes I saw that the recordings are a collection of demos, b-sides, and unreleased songs recorded between 1998 and 2004. The production is clean, and the songs are well-constructed and well-played. The most important part of the equation, and the part that ultimately wins the day, are the painfully catchy melodies. It's a disc full of earworms. These songs all have hooks, and those hooks dig pretty deeply. And usually that would really irritate me. But not this time. If you wanna get your twee back on, as I did — This is Farewell is a great place to start.