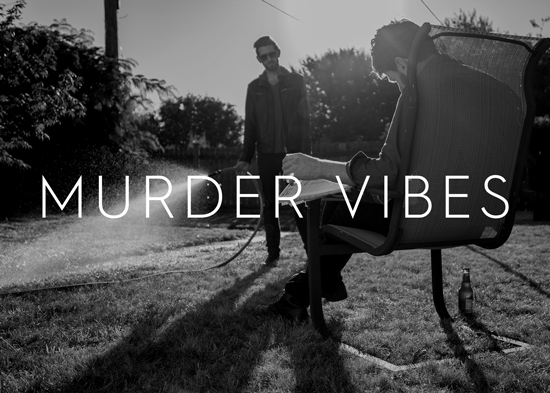 Feeling some Murder Vibes – and liking it

If you are one of those people who secretly spend the summer longing for the return of cloudy skies and drizzly rain, you want to know about the self-titled debut album from local duo Murder Vibes. Vocalist Peter Hanks and multi-instrumentalist Jordan Evans have created a dark, moody soundtrack equally suited to solitary strolls through soggy fallen leaves or dancing with strangers in darkened basements.

Like many debuts, this one wears its influences proudly on its sleeve, and Murder Vibes have drawn from some of the best. Imagine the dark spirit of Depeche Mode combined with M83’s beats and Nick Cave’s drama, all built on a solid foundation of post-millennium U2 and you’ll have a pretty near idea of what Murder Vibes are up to. (And really, it is striking how effectively Hanks evokes Bono – which is about the highest compliment I can give.)

The trick with dark and moody bedroom projects is that they don’t always translate well to the stage. We’ll have a chance to find out how well Murder Vibes does it at their album release show at Fred Wildlife Refuge on November 13 (NOTE: we originally had it as 11/11 – it is actually, for real, on 11/13 – huge apologies). That will be your first chance to buy the album as well, although the single “Not Alone Tonight” is available on bandcamp now.

You can watch the creepy teaser for that song below, or head over to their web page where the rest of their teasers are pretty funny.