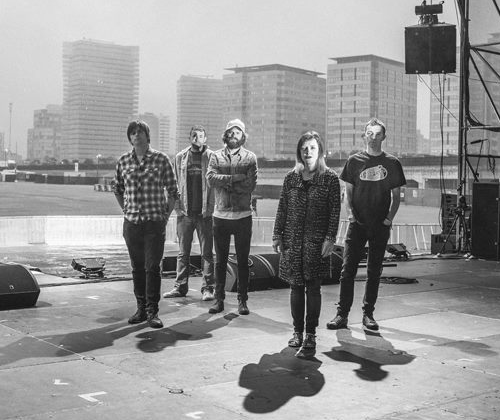 If your calendar has not already been marked, do so now because Slowdive and Low are perfoming in Seattle next week on the 4th of November at The Neptune. It has been twenty-one years since Slowdive last performed in Seattle in August of 1993, where they were supporting that year’s magnificent opus Souvlaki. Within a few years, Slowdive would no longer exist. In early 1995, the band released the equally compelling and experimental Pygmalion before being dropped almost immediately by Creation Records, a move that officially lowered the curtain on the group.

However, in the nineteen years that have passed, the members have remained impressively active. Neil Halstead and Rachel Goswell immediately moved on and started the much more organic and primarily acoustic Mojave 3, who released their first album, Ask Me Tomorrow, in 1995, and have been active ever since. Halstead and Goswell have also released solo records and been involved in various side projects over the years. Last year’s Stars Are Our Home by Halstead’s group Black Hearted Brother was the first chance to hear him perform psychedelic electric music since 1995.

During the intervening years since Pygmalion, people have often wondered if Slowdive would reform. It always seemed likely, especially considering that Halstead and Goswell continued to record music and tour together. A few years ago, Halstead hinted in an interview that he thought this might happen, so it wasn’t a complete shock, but was nonetheless a welcome surprise when it was announced that Slowdive was going to be performing at some festival shows earlier this year. Whether you were one of the lucky people to see the band in 1993 at the legendary Rock Candy club, or if this is your first opportunity to see them perform live, The Neptune is perhaps the perfect Seattle venue to catch the dreamy and lysergic band who are performing Pygmalion material live for the first time this year. The Neptune’s intimate size, excellent acoustics and atmosphere will complement their woozy sound and will provide the experience that the fans are eagerly anticipating.

Sup Pop’s esteemed Low has been selected as Slowdive’s opening band for their current US tour and this was a fantastic choice on the band’s part. Both groups are veterans who have consistently issued great records. Low’s 2013’s album, The Invisible Way, was another strong effort in a long line of memorable albums that began with the amazing and minimal I Could Live in Hope in 1994. When they signed to Sub Pop in 2005, the band continued their stride by releasing two of their best records, The Great Destroyer (2005) and Drums and Guns (2007).

We can anticipate more great records from Low as they have been prolific and dependable since their inception twenty years ago. Given the fact that Halstead continues to record and issue albums either by himself or with a band every few years, hopefully Slowdive will book some studio time once this tour has concluded and finally record a follow-up to Pygmalion.