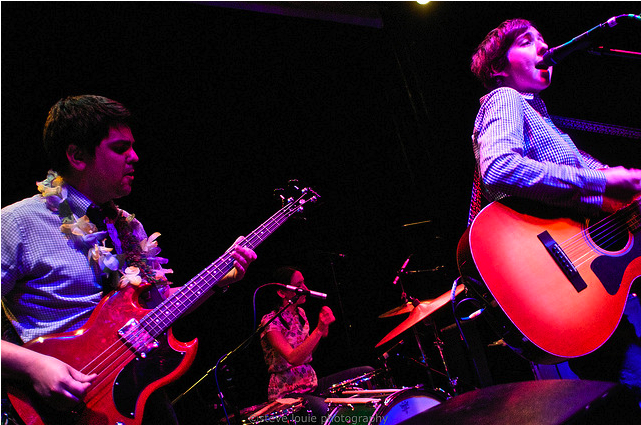 It’s always a surprise to hear a favorite song as the backdrop of a commercial {a la Los Campesinos! in a recent Budwieser commercial}… but imagine the gasp heard ’round the indie-pop community when it was discovered that ultra-conservative Fox News ‘personality’ John Gibson featured the Smittens song “Something Sassy“ (with guest vocals from Tullycraft’s Sean Tollefson) in a promo blurb on his radio show! They probably thought they were safe from anyone finding out as I don’t know many twee-pop fans who also dabble in Fox-ness.  Alas, Fox’s  ‘sassy’ ways have been caught.

But all is not ignoble with this news; I’d like to quickly temper it with this cute and wonderful video recapping the recent wedding of Dana {of The Smittens} and her wife Katie.

Here’s the official word from The Smittens {via press release}:

Arch-conservative Fox News Radio Host John Gibson – an avowed opponent of gay marriage, and one of GLAAD’s 2008 ‘Worst Anti-Gay Voices’ – has used the track ‘Something Sassy’ by Vermont indie band The Smittens as his new bump to emphasize just how ‘sassy’ racist and homophobic sentiments are.

The band, of which two members are gay, were surprised and appalled by the news. Dana Kaplan, who plays and sings with the band, said: “The Smittens were pretty shocked to hear our song ‘Something Sassy’ being used as bumper music for John Gibson’s radio show. We find it pretty ironic that someone in his team has not done their research properly – two members of the band are gay and one legally married her spouse in Vermont! As you can imagine we’re not big fans of John Gibson and don’t want our music associated with his offensive views. I guess it just goes to show you John – ‘ We are Everywhere!’ Thanks for your inadvertent support”