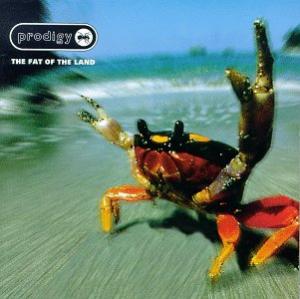 "Fuel My Fire" by the Prodigy

Today’s Roulette Spin is going to be short and sweet because Erik has to move. Nothing like moving when its >100F outside. Good times in the Valley, I’ll tell you that much.

The lucky winner of today’s spin is … “Fuel My Fire” by the Prodigy. Remember them? Yeah, I thought you might. Their album Fat of the Land, the one that was supposed to make electronic a household genre in the US, was released the same day as Radiohead’s OK Computer, which, at the time, was met with about 10,000 times less hype that Liam and the lads. So, who got the better end of that deal (hint: one band are international superstars with people hanging on every reference to a new album, the other is a quaint footnote in musical history). Oh yeah, the Prodigy entered at #1 and Radiohead at #21 if that tells you anything.

The song? It’s a cover of an L7 song that is much better visited with the girls from L7. Not bad as such, but the Prodigy’s version is dated, much like everything they did. Perspective is a fickle mistress.