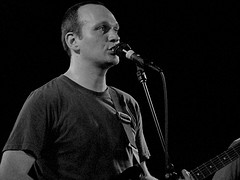 The Brighton-based fellas Fujiya & Miyagi, who us gave anatomy lessons in 2006 ("Collarbone," "Ankle Injuries") came to Seattle on Monday to school us again. Although full dance moves weren't busting out all over at Chop Suey, the foursome  gave the 300-ish crowd a lesson in dancing ala pussyfoots and pickpockets and paper airplanes. Fujiya & Miyagi brought a tight set of breathy tunes which inspired vigorous head-nodding and knee-rocking.

The Fujiya & Miyagi set at Chop Suey on October 27th included songs from Transparent Things (2006) and Lightbulbs (2008). Additionally, they played two unreleased songs. "Paper Airplanes" is part of a 43-minute running mix being created for Nike. It paces out to about 135 bpm – about right for the average paced distance runner. No word yet on when the running mix will be available but in the meantime you can listen to the radio edit on their MySpace.

The second unreleased tune served up on Monday was "Sick and Tired," first unveiled at a CMJ Music Marathon performance last week. You can hear it on the KEXP Live @ CMJ streaming performances, available here.

Fujiya & Miyagi started as a duo of Steve Lewis (Fujiya) and David Best (Miyagi). When a third was added in 2005 (Matt Hainsby), he took on the "&" portion of the name. Now that there's a fourth, I say something needs to be done. Add an "!" for new drummer Lee Adams, as in "Fujiya & Miyagi!" (Chk! Bang!)

Fujiya & Miyagi finish up a short U.S. warm-up tour Thursday, October 30th at The Troubadour in Los Angeles before heading overseas on a grand tour of Europe through mid-December. 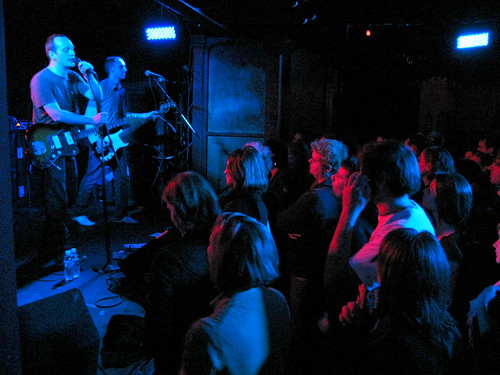