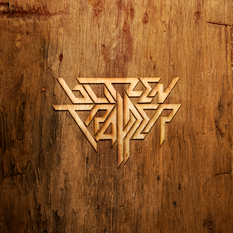 When you get noticed by Sub Pop and they subsequently sign you, that’s a good sign that you've pretty much made it. Case in point: Blitzen Trapper. Their acclaimed album, Wild Mountain Nation, a woozy cornucopia of sound and style, a genre that might be called ADHD-addled psychedelic indie jams (?), put the Portlanders on the map. Their new album, Furr, firmly places them on that map with a high-quality thumb tack. Not one of those easily bent cheapy thumb tacks from Walmart, oh no. A thumb tack, like from Office Max, that says, “I’m sharp and I’m not going anywhere.”

Led by guitarist/vocalist Eric Earley, with Erik (with a K) Menteer (guitar, keyboard), Marty Marquis (keyboards, vocals), Drew Laughery (keyboards – they must keep a lot of keyboards around the studio), Michael Van Pelt (bass) and Brian Adrian Koch (drums, vocals – they must keep a lot of vocals around the studio), the album was recorded in the gaps of their touring schedule at an old telegraph office in Portland.

Dot dot dash dot dash dash dash. Rough translation – Furr is a great album as Blitzen Trapper continues to expand not only their musical skill but their styles as well. There’s some Bob Dylan-esque tunes on the album. Some Neil Young, too. There’s a wailing Robert Plant thing going on and there’s oodles of others artists (Grateful Dead, Pink Floyd, etc) that can be heard in Blitzen Trapper’s music if you care to listen for it.

It feels like these guys, all Northwestern-raised and who have been playing in Portland since 2000, have entered some sort of time machine and gone back to those hippy dippy days of yore. Close your eyes when listening to Furr. What old timey images and scenes come to mind? I imagine them, for example, playing at the Manson retreat for a weekend barbeque, you know, before all the killings sort of dampened the mood. I imagine them playing on a beach, bras burning on the nearby bonfire, the beer flowing, the laughs loud and strong, the smell of weed just as strong. I imagine them playing on a makeshift stage at a protest rally, protesting the fact that telegraph offices are vanishing at an alarming rate.

Having toured now with Fleet Foxes, Two Gallants and Modest Mouse (amongst others), they’ll be playing larger and larger arenas as soon as people tune in to Furr and Blitzen Trapper’s other albums (Field Rexx and their self-titled debut among them).

Why are they going to be big? Because a) They’re fun, b) They don’t shy away from trying new things even if they fail (and there are certainly tracks on Furr that strive for something that’s not quite achieved), c) They’re sprawling sonic nature is odd and refreshing at the same time, d) Many of the band members sport beards, and e) Did I mention Sup Pop is now behind them?

Indeed, Blitzen Trapper’s CD will be carried in high school kids’ Trapper Keeper to share with his buddies (“Hey, dude. ‘Sleepy Time in the Western World’ is totally sweet, dude.”), will blitz up the local and national charts and will be a keeper when “Best Albums of the Year” polls are taken and tabulated, the results coming via telegraph. Dot dot dash dash.