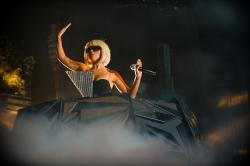 You can't turn on the radio these days without hearing one of her songs. That kind of saturation, with this level of talent, leads to a show that sells out the Showbox at the Market in minutes.

Lady Gaga doesn't just perform her songs on stage, she puts on an entire avant garde production. She emerges from the fog as her 3-part LED screen display splits apart after a video introduction proclaiming, “Haus of Gaga Presents”, she greets the audience like a recently landed life-form from another planet…nay, another galaxy welcoming them to the Fame Ball Tour.

Wielding her disco stick, Lady Gaga played through her hits with strong choreography to the delight of the all ages crowd. They were especially rowdy during “Just Dance” and “Poker Face”. Many in the audience took cues from Lady Gaga's Manhattan-driven fashion and dressed the part…oddly enough, many with their parents in tow.

After my requisite few songs to photograph, I decided to call it a night. Some of my friends said that she played on for over an hour and that it was well worth it. Lady Gaga continued her tour in Portland the following night.

Check out more photos from the show here! 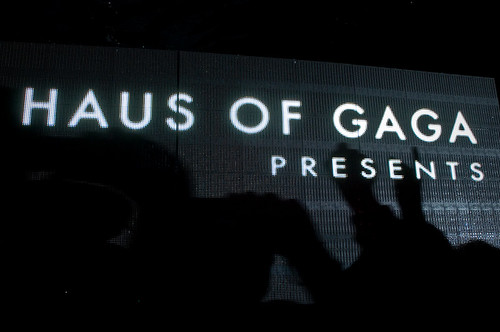 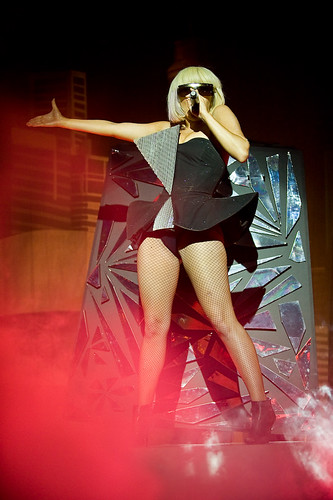 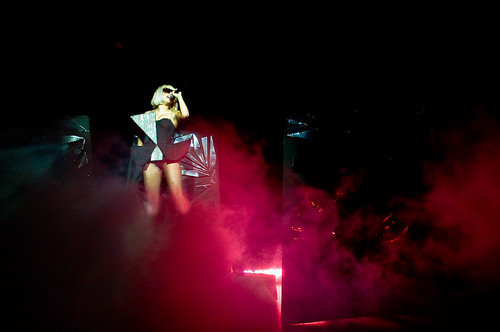 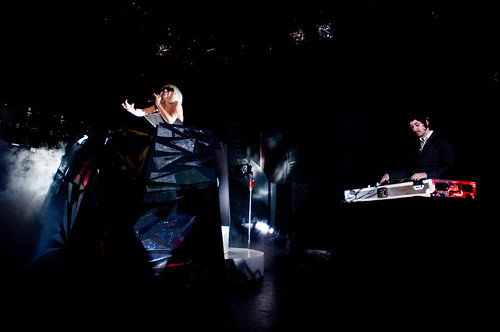 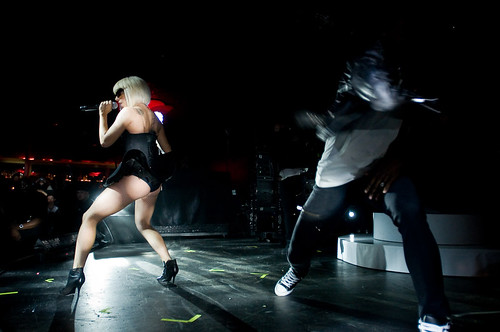