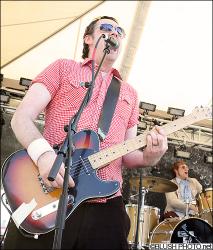 Tennis Pro is one of my favorite local bands, what with their high energy and quirky sense of style and humor. The band's music mixes garage and punk with a bit of country club rock, and it sounded perfect for a mid-day set at the Georgetown Music Fest. Their repetitve "oohs" and "ahs" resonated with the crowd, creating what I thought was the most musically entertaining performance of the festival.

Favorites like “With Kindness,” “We Put the Punk in Punctuation,” and “Make Out Squad” hit the spot every time, as evidenced by all the new and old fans dancing in the streets. Not only do they write hilarious little power-pop ditties but they also have the punch to back up their humor. Usually the guys have props (tennis outfits, rackets) that always seems to put the show over the top. This time it was just straight jams and I thought there was nothing missing at all from their show. 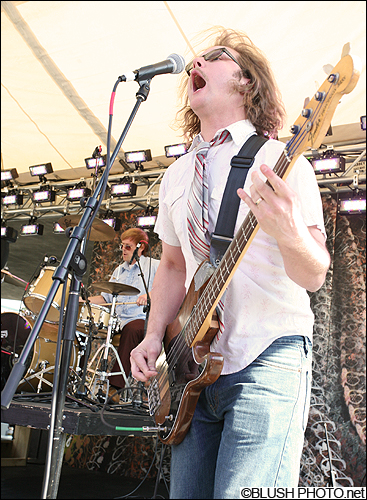 Despite the escalating Pacific Northwest heat, Tennis Pro continued to blast through their short set, demanding to be noticed. Some people might argue that the kitsch of the outfits and the over-the-top theatrics take away from the music, but they're wrong. The band's performance in Georgetown was a perfect example of why they rock it: in the midst of stoner-rock and anthemic rock bands, they were able to make everyone watching their set shake it. 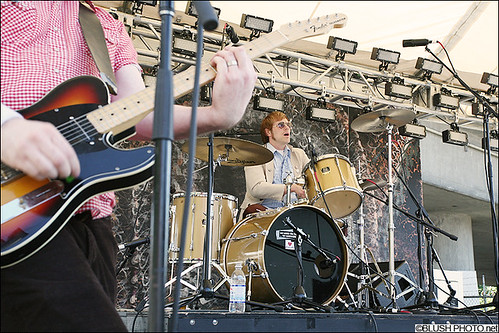