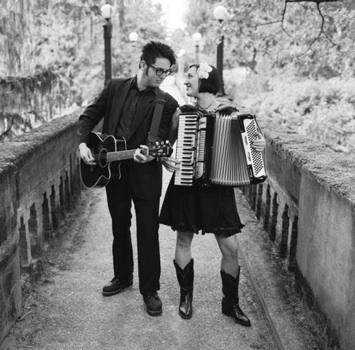 One of the big, bushy-bearded, barrel-chested  shows of the month (for a variety of reasons, including creative members all sloshing about together and playing vociferously), is the God’s Favorite Beefcake, Bat Country, and The Mongrel Jews troika of madness set for The Can Can on Sunday, August 15, 2010. It starts at 9 pm, is 21 +, and only costs five bucks at the door.

The burgeoning new club Can Can, located at 94 Pike Street, is hosting this three-band, three ring psychus, and the venue is small, so the tickets for the event might sell out. Brown Paper Tickets is a good place to still get some.

One of my very favorite local bands Bat Country, made up of players from Kids On Fire, God’s Favorite Beefcake itself, Shorthand for Epic, The Powers That Be, and Glen or Glenda?, will be debuting fresh hell (um, new songs) but also including what should be a stirring rendition of Leonard Cohen’s “The Future” (the original which was recorded at about a half hour and dozens of verses, but even if BC stick to the official recorded version to extrapolate from, should be sheer madness with their own mesmeric talents). Bat Country features among other fireworks-level talents the hypnotic voice and beauty of Melissa Cerise-Bullock, as well as her evil twin-husband unit Billy.

God’s Favorite Beefcake, which has among other venues held residency at the nicely notorious Cafe Racer, has members assisting Bat Country, and headlines the show. A gnarly cabaret of snakeskin stomp and illicit charm, I don’t know if the Can Can will withstand their final napalm showmanship for this evening. Schmootzi the Clod (AKA Drew from Circus Contraption) is one of the main engines sparking out of this beautiful mess.

Opening is the tramping young The Mongrel Jews, who by many accounts are both; their oeuvre full of boxcar sing-a-longs and caterwauling protest yarns, so take off your swastikas, baby. (Thanks, Phranc.)

This line up makes more sense than systematic calculus or graveyard ontology – somewhere in the middle I think.