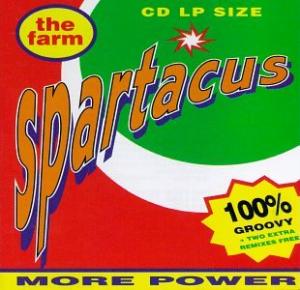 "Groovy Train" by the Farm

OK, probably not. Is that anybody's fault? Not really. They were kind of a poor man's Happy Mondays meets a poor man's Primal Scream in a dark alley with a poor man's EMF. In all, their career lasted about 5 tenths of a second and mostly amounted to this single song, "Groovy Train". But oh, what a song it was. Purely, utterly, decadently early 90's Brit Pop, with a dance beat, some random soul singer, poorly played guitars, an infectious hook and some bloke singing random lyrics about getting on some sort of groovy train. Who could resist? No one, that's who. Well, I suppose the US resisted the temptation to board such a groovy locomotive, but rail travel has never really caught on in the States like it has in Europe. Really, the song as about as much substance as a Wheat Thin, but that doesn't stop it from making my day when it makes its way back into the Shuffle stack. And yes, you are so special, oh so special.