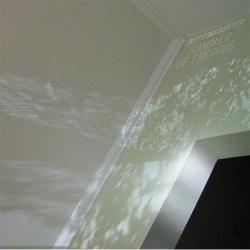 Hammer of the Gods

I love it when this happens. For weeks, I’ve had a song skating through my brain. Its edgy post-punk hooks and understated vocals made me think it might be the Dismemberment Plan, but I wasn’t convinced. And whenever I heard the song on the radio, I was never in front of a Web connection to check KEXP’s streaming playlist and validate the track. Then today I pushed play on the Bottomless Pit Hammer of the Gods and there it was: “Dead Man’s Blues.” I’m thrilled to solve the mystery, but even more thrilled to have Hammer of the Gods in my possession.

It makes complete sense that I’d latch to this song and this band, because the band formed out of the ashes of once-Seattle-based Silkworm, who were a big part of my musical adolescence. The band had a long history on the Seattle music scene, first forming in Missoula, Montana, in the late 1980s and then relocating here. Recalling Silkworm’s shows at The Velvet Elvis (RIP), adorned in their signature suits and ties and rollicking up the place, is a quintessential memory of our town’s early ’90s “emo” scene.

The band left the Northwest for Chicago in the mid-1990s, and, horrifically, Silkworm drummer Michael Dahlquist was killed in a senseless car crash in 2005. That same year, Tim Midgett and Andy Cohen of Silkworm joined forces with Chris Manfrin (formerly of Seam) and Brian Orchard (formerly of .22) to create the Chicago-based Bottomless Pit. Hammer of the Gods (no, not a Zeppelin tribute in any way) is their debut release.

Hammer is bittersweet — no doubt due in part to the somber reflection on Dahlquist’s death. Melancholic melodies waft throughout the eight tracks, alighting feelings of anguish like in “Repossession” ("You ever feel like you’re going crazy from the inside?"), and touching tracks like “Human Out of Me” (with a surprisingly workable New Order-ish guitar sound). I also adore the lighter “Leave the Light On,” with subdued vocals overlaying a guitar groove and tinkles of piano, building momentum into a fury.

It’s sad to consider that this band, and this album, exist in direct part as a result of Dahlquist’s untimely death. But it’s also great to hear something out of the Silkworm crew again. Coming full circle to find Bottomless Pit’s bluesy, brooding post-punk is truly a treat.