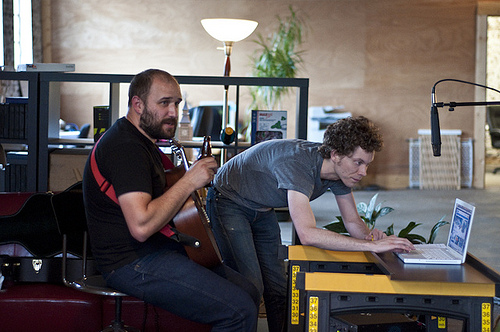 Thanks to an invite from the lovely folks over at Tiny Human / Barsuk, we spent about forty-five minutes after work yesterday swooning in-person to David Bazan’s live Ustream webcast {which, if you didn’t catch it live, is archived for your viewing and listening pleasure here}. Talk about happy hour! Initially set up to be a four-ish song quickie set that we were stopping to catch a glimpse of,  the webcast turned into almost an hour’s worth of performance and Q & A, including songs from the brand-new release strange negotiations as well as some choice back-catalog cuts.

It was an absolute privilege to attend, and while we’re still gushing, let’s add the fact that we literally can not say enough good words about strange negotiations and all it’s inherent amazingness — especially so soon after the homerun hit of Curse Your Branches. We’re still absorbing the album and will have a full review up soon, but in the meantime, the three words that matter most about it are as follows: buy this record. We promise, you won’t regret it.

Here’s a few more photos of the session: 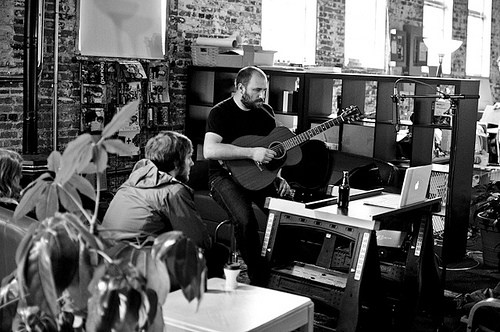 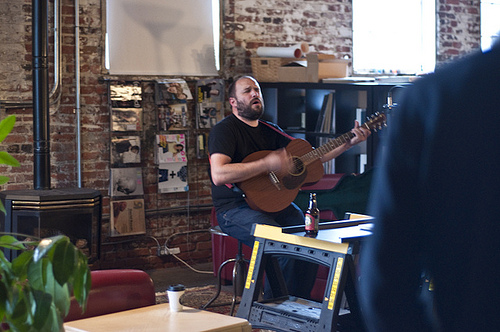 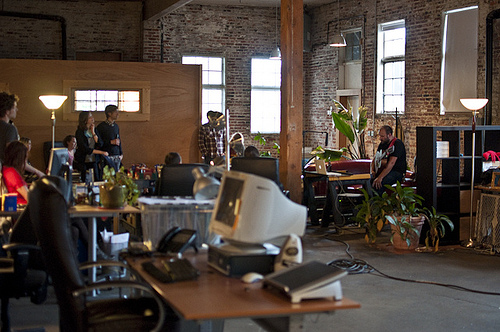 For more information on David Bazan’s upcoming summertime shows, visit the tour page of his website here. By the looks of these venues (I’m talking to you, Connecticut!) and some of the tourmates — like Rocky Votolato, Cotton Jones, and S. Carey — you are not going to want to miss these performances. Go get your tickets now and get plans in place show up early. Trust us, you’ll be glad you did.

Thanks again to everyone for a lovely evening!