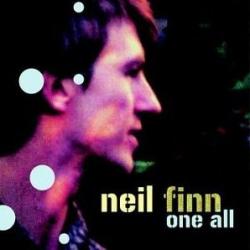 Neil Finn: I Found You in the Arms of a Poet

Sure, I'd had my fair share of musical crushes before him… the Go-Go's, the Waitresses, Michael Jackson, even the "Annie" Soundtrack (Original Broadway Cast, Gatefold Vinyl).

But the fervent musical devotion that developed from the procurement of my first Crowded House tape {their debut self-titled album} is the glittery gold standard against which I gage my devotion to a band.

During the months and years that followed, I acquired the skills of fandom that I still use today: I researched, I read, and I acquired. Neil's former bands and side projects quickly populated my collection and, before I knew it, I could answer questions like, "Who or what is Schnell Fenster?" and "Where is Te Awamutu?"

{imaginary aside: Schnell Fenster (b 1986) was a band consisting of former Split Enz members Phil Judd, Noel Crombie, Nigel Griggs and Michael Den Elzen. Te Awamutu is located about 30km south of Hamilton City, in the Waikato district of the North Island, New Zealand (Aotearoa). It has a town population of 9,500 and service area population of 39,000. It is referenced in "Mean to Me," the first song on the Crowded House's first album. It is nestled in the verse, "She came all the way from America / She had a blind date with destiny / And the sound of Te Awamutu / Had a truly sacred ring / Now her parents are divorced / And her friends committing suicide." How swoony was that for a teenager superfan?}

For the record, I have no idea what she's talking about. In fact, I think she's speaking in tongues…

As is the case with most love affairs, the relationship matured and our dynamic hit a plateau. Yes, other bands came along, and yes, the intensity of my adoration of said bands eventually surpassed that for Crowded House/Neil Finn… but as the first musicians to inspire such enthusiasm, Crowded House and Neil Finn have a sacred place in my heart.

It is with this long-winded introduction that I explain my higher-than-usual level of pre-show-excitement.

Thank goodness I was able to skip the "Neil will be on stage soon and please-please-please let him play at least one of my favorite Crowded House or Split Enz songs" jitters by attempting to de-fluster igDana due to her brief encounter with the evening's outstanding opener Rhett Miller.

Regardless, I was excited about the Neil Finn show as well… that Rhett Miller opening set was just icing on the cake. I've always like CH and SE, and for years I've heard friends extol Neil's live performance virtues, so I was looking forward to experiencing this "Super-Neil" thing myself.

As Neil and crew made there way on stage, I recognized a couple of the back-up band members… most notably, igDana favorite, Lisa Germano!

You know you're a talented performer and an amazing all-around guy when you get someone like Lisa, a full-on songwriting goddess in her own right, as one of your supporting live musicians.

Throughout the course of the set, he hit a bounty of Crowded House songs {"Pineapple Head," "Now We're Getting Somewhere," "Love This Life"}, selections from his recent solo albums {"She Will Have Her Way"/"Something So Strong" medley}, at least one Split Enz song {"History Never Repeats"} and a couple surprises in-between.

My second favorite moment was when someone handed him a demo CD. It was none-other than a member of local shoegazers Black Nite Crash! Neil promptly requested that the audience pass the CD back to the soundguy to play on the venue's speakers. Within moments, the song began; Neil and the band started jamming along and within minutes had created a song around the opening measures of a track from the Black Night Crash demo. Did I hear it right? Was he singing something like, "Skin makes me happy?"

Umm… I think so. Perhaps not the most thought-provoking of lyrics, but the fact that he was able to craft a song around a never-before-heard piece of music is testament to my proclations that he is one of the most extraordinary musicians ever {on top of being one of the most genuine}.

My favorite moment, you ask? When they launched into the Smiths' "There is a Light that Never Goes Out," a song I have always dreamed of hearing performed live — which gleefully prompted me to think of the cutest guy I could, dial, and play the entire remaining three minutes and seventeen seconds of the song onto his voicemail.

His performance at the sometimes intimidating Showbox felt fortuitous and intimate. So much so that even the "World Where You Live" audience sing-along didn't cross the oft-self-aggrandizing border. I left impressed.

Hmm.. with this much love in the room, I suppose that we should all just count ourselves lucky that their show was post-Valentine's-Day? Oh, or that could be just me.