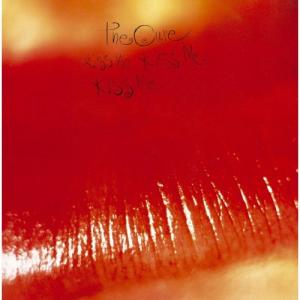 Yesterday was my annual pilgrimage to see the Red Sox live (this time in the beautiful McAfee Colosseum in Oakland) and while it was a good game with an untimely ending – Oakland winning in extra innings – it did remind me why Boston fans are great (and by that I mean obnoxious).

What does this exactly have to do with the Cure?

Well, that intuitive leap I will leave you to make, but amongst things that remind me of home and youth, beyond Sox fans, the Cure would rank very high on that list. Growing up with Robert Smith (well, from junior high on – and by the way, wouldn't that be a great name for a sitcom: Growing Up with Robert Smith) means that I spent a lot of time listening to Disintegration and Kiss Me Kiss Me Kiss Me while everyone else was listening to Warrant and Skid Row (which, of course, made me very popular amongst the Central Massachusetts youth). My love of the Cure extended well into college (not that I don't love them now, but some of the more recent material has knocked some of the luster off the band) where I had a splendid Robert Smith Halloween costume that lead to me getting hit on by the cute female bassist of whatever band was playing on campus that night.

Good times … but I digress. "Hot Hot Hot!!!" is the Cure beginning to show that it could be a straight up pop band, even with Robert's coos, meows and whirs, with the killer guitar line that seems to dance with Robert's vocals, the bizarre lyrics like describes the second lightning strike he ever saw lighting up all the fish and raining them down on him and the chorus that gets stuck in your head the rest of the day (for example, today). No matter what you might think of the band, the Cure tended to play by their own odd, somewhat non-nonsensical rules and as much as I like to think I do the same thing, I know that by the time I'm 50, I probably won't be wearing mascara like Robert still does … which might be a good thing?