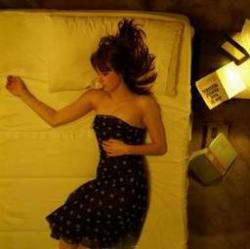 I Can Say It Is Even When It's Not

I’ve been to Anacortes only once and it was to tour a gasoline refinery (a not too exciting introduction to the town). I’ve never had the opportunity to get out on the Anacortes scene, listen to bands and drink way too much, which I hear is what all the cool kids are doing there. However, a good friend of mine is from Anacortes and he speaks highly of the bustling music scene there and as such handed me a copy of Anacortes’ own Mouseheart Factor’s newest release I Can Say It Is Even When It’s Not a couple of months back.

Since that time I’ve written about five reviews of said record and subsequently deleted, erased and rewritten each iteration. It’s not that I have a case of writer's block, at least not by the more classic definition; it’s that my opinion of the record has been in constant flux from the moment I first took it for a spin. After my first couple of listens I returned it to my Anacortesian friend with the comment that I liked the musicianship but I couldn’t get past the vocals. They were just too big and dramatic for my taste, to me it seemed like the lead singer was meant to do Broadway musicals not sing in an indie band. On his insistence that in some cases the vocals “just work” I took it back and listened to it some more.

The power of suggestion is a validated concept so maybe that’s at play here. My friend was right, sometimes those distinct, big vocals do complement the music and meld perfectly with the lyrics. On the track “Blurter” with the lyrics “this place is all you know / I don’t think you’ll make it on your own / my tongue between my teeth / as you make your exit,” those pipes are able to paint a very detailed picture that we’ve all seen in our lives, the friend who’s going to make a bad decision, but it’s not your place to tell them they’re wrong and you have to let them go their own way.

As expected with any thing of the dramatic ilk, in some cases the vocals work perfectly, other times I’m still not sure. Overall it’s a good record and it’s been in high rotation in my home and on my iPod as I’ve struggled with writing this review over the last few weeks. I Can Say It Is Even When It’s Not and I have built a relationship, and though not exclusive, we have been seeing a lot of each other and I do enjoy its company. The musicianship is tight, the album is well produced and the songs themselves are well composed. The one thing I can tell you with absolute certainty that the next time I’m in Anacortes I’d much rather see a Mouseheart Factor show then spend another minute learning about the amazing processes in which crude oil is turned into gasoline.