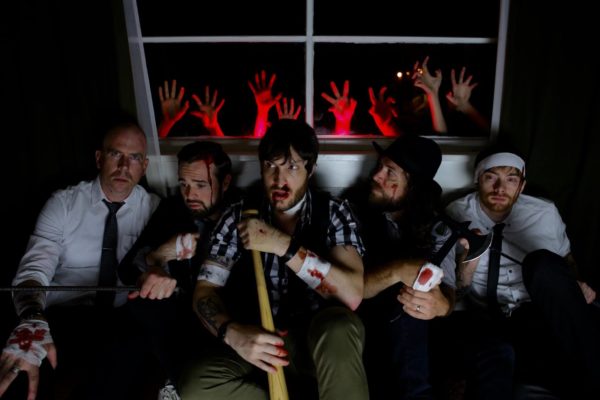 Guys. I can’t even. This new single from Ravenna Woods is speaking directly to my heart. This should come as no surprise to anyone, since Chris Cunningham apparently loves John Carpenter as much as I do. “Alleyways” is the catchiest dance tune I’ve heard in good long while, and while I’m listening I feel like it’s reaching into my teenage soul and pulling out long-forgotten joys. Plus it’s fucking impossible for me to stay still. Dance, dance, dance, dance FOREVER.

Also, will you look at that^ photo? Mygod. I think I’m in love.

I could rhapsodize about this all day, but here’s what you need to know: this is the first track released from RW’s upcoming EP, Alleyways and Animals, produced by Matt Bayles (from Minus The Bear). The EP comes out October 14 on Rocket Heart Records, with a full-length album to follow early next year. I’ll be first in line at Sonic Boom for that record — and I hope it gets a vinyl pressing in dark, blood red.