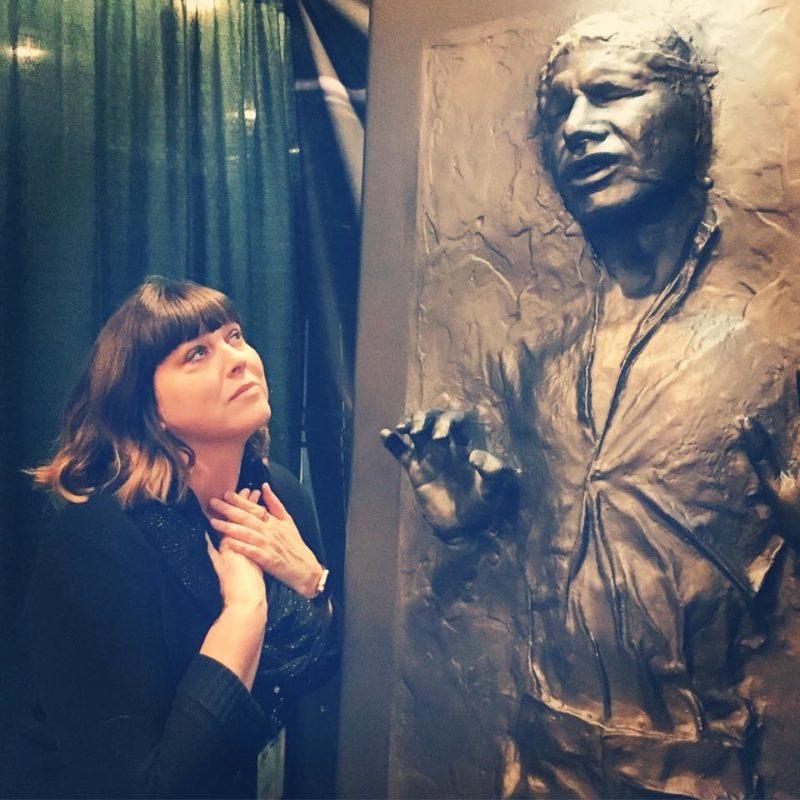 FRIENDS, it is time once again for Emerald City Comicon! Are you headed to the Washington State Convention Center with March 14-17 with me? I’ve loved this con for years, but IT IS SO GIGANTIC now, I thought it’d be helpful to write up a quick guide to the must-see stuff.

GET YOUR CELEBRITY FIX
ECCC always puts together a great lineup of celeb guests. This year, you can meet George Takei, Mary McDonnell, Rainn Wilson, GWENDOLYN CHRISTIE (!!!), the cast of Boy Meets World, the kids from Stranger Things, Ross Marquand, and Sonequa Martin-Green! Autographs & photographs are located at the Hyatt Regency Hotel this year (about 2 blocks away from the convention center): Celebrity Autographing (Level 3), Celebrity Photo Ops (Level 5).

See also: these panels and interviews on the Main stage (Hyatt, Level 7):

The Doctor Will See You Now: Peter Capaldi Spotlight

TAKE SOME PHOTOS; GIVE TO CHARITY
Star Wars fans: head straight to the TCC for some amazing photo-ops! The 501st Legion, Rebel Legion, and Saber Guild work together to build insane Star Wars sets; all yours for the snapping for a donation that supports Seattle Children’s Hospital.

ENJOY ALL THE COSPLAY
There are so many cosplayers at ECCC that it is MIND-BLOWING. While I enjoy all the killer ‘80s fandom cosplays (including a set of Spaceballs cosplayers that CANNOT be topped), my favorite thing to look for mashups! Hello Kitty Darth Vader, Miss Piggy Wonder Woman, Big Lebowski/Batman Villains, etc.

Psst … remember: COSPLAY IS NOT CONSENT. Do not take pictures of a cosplayer without asking them first, don’t be a creep, and do not ever touch a cosplayer for any reason.

PICK UP SOME COMICS & OTHER COOL STUFF
Make sure you swing by a healthy mix of big and small publishers! Pick up a few things you’ve heard about, and a few things you haven’t. I’m always pleased with the pile of comics I pick up each year!

I recommended you swing by the following peeps for geeky goodness:

Geekstar Costuming (her last con, ever!)

SUPPORT YOUR LOCAL SMALL BIZ OWNERS
Visit the Homegrown section of the show floor for awesome stuff made by local artists!

How to be a Nerd For A Living: Discovering Careers in Pop-Culture

Inclusive Comics 101: Or, Comics for the Rest of Us

Watch Out! Wonder Woman Coming Through! A MeTooSTEM Chat

Women of the MCU: Why Did it Take 20 Movies to Get Captain Marvel?

Now go forth and convention!