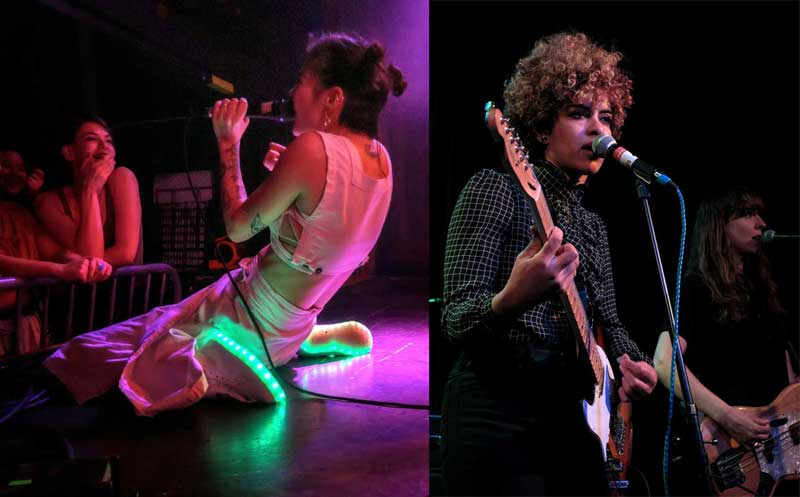 I like the rock and roll. I go to a lot of shows — 137 this year. I stand up front because it’s fun and have no shame because I’m old. I take pictures with a cell phone or point and shoot camera so I don’t forget the feeling.

Live music is important in normal times and absolutely critical in these extraordinary times. It’s no stretch to say that almost every show I went to in 2018 was a political rally and celebration of sensibility. I am incredibly grateful for being taken away from the trash fire that is the world, three minutes at a time.

I have no idea how to respond when people ask me “what’s the best show you’ve ever seen?” I look in their eyes and try to divine what it is they’re asking. I visualize them saying:

What they should be asking, and what I in turn ask them is something different. I’ve included my answers for 2018:

Charly Bliss at The Showbox

Kathy Foster in Roseblood at The Vera Project

(Then again!) Japanese Breakfast at Sasquatch

Now, Now at The Crocodile

Florence & the Machine at Key Arena

The Regrettes at Bumbershoot

Car Seat Headrest at The Showbox

Speedy Ortiz at The Showbox

Phoebe Bridgers at The Crocodile

Peter Buck at The Crocodile

You can see more of Imaginary David’s photos on his instragam. Follow him for frequent  doses of show-going zen.

Top photo: Japanese Breakfast at Neumos and Kathy Foster in Roseblood at The Vera Project • Photo by: Imaginary David