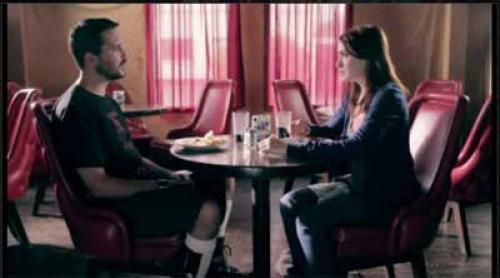 The Guild Season Four: Okay, seriously. If you’ve ever been into online gaming, or still are, or know someone who does, and you haven’t seen The Guild, you’re missing out. And if even if you don’t fall into the above categories, I still think you’d like it. Felicia Day has masterminded an awesome web series about a group of hardcore gamers who are socially awkward to the extreme in very funny ways. Season 4 features more of Wil Wheaton as creepy bad-guy Fawkes, leader of a rival guild “Axis of Anarchy”. If that doesn’t convince you, feast your eyes on this portrait and I guarantee you’ll be watching/buying/downloading this ASAP. I just wish Cheesy Beards actually existed…

The Horde (AKA La Horde): I’m not sure how this one got by me, but an apocalyptic battle between gangsters and ZOMBIES? Hello. How have I not seen this yet? And how do we get the French (or anyone, really) to make more gangster/zombie films to fill this genre? But I digress—apparently this one focuses on a group of cops hell-bent on vengeance against some gangers for murdering another cop. Things get complicated when zombies trap them all in the same building, and they have to work together. Or not. (and omg is the narration in that trailer BAD – sorry!)

Easy A: Normally I don’t pay too much attention to teen comedies made after the 80s, but everything I’ve heard about this one is that it’s actually pretty smart. I admit I’m intrigued about the story: Good girl Olive agrees to fake having sex with a guy so he can claim he lost his virginity, which leads to more offers for her to fake it, which leads to her gaining a rep as the school slut, wherein she chooses to wear a scarlet letter to prove a point.  Even so, I might still skip it, except that it stars Emma Stone, whom I find irresistible. AND Patricia Clarkson plays her mom, so that totally seals the deal.

Wall Street – Money Never Sleeps: What can I say, I was one of those people who kind of wanted Gordon Gekko to win in the first one…so how can I miss seeing him mess with doe-eyed Shia LaBeouf and Carey Mulligan? I’m not sure I buy the plot (Gekko tries to help young Shia avenge his mentor’s deah while simultaneously trying to prevent a stock market crash), and I’ll totally admit that I haven’t loved anything Oliver Stone has done lately, but I’m willing to give him a chance on this one.