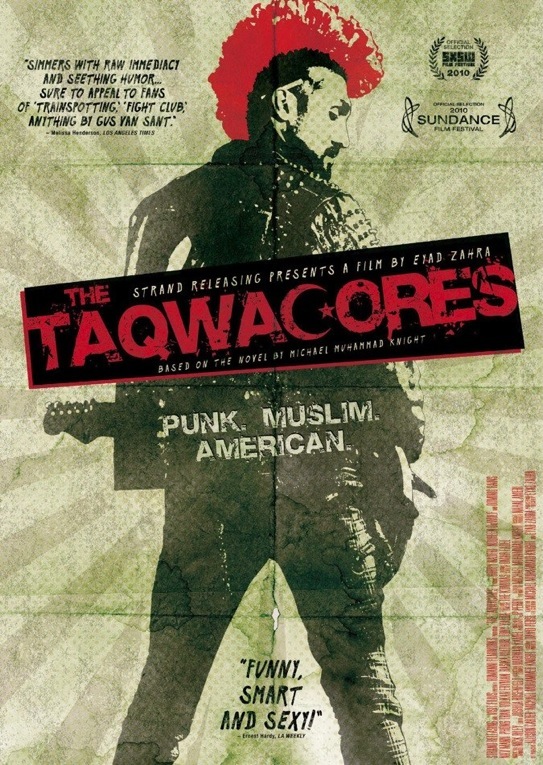 The weekend of February 11th isn’t exactly going to be the stuff of legend in terms of opening films here in Seattle. Unless you’ve been just dying to see the film where Adam Sandler accepts a dare to see if he can survive Jennifer Aniston’s recent film choosing badness (at least that’s what I’m assuming the plot is about).  But there are some creative choices to be had even if you’ve generally seen most of the films in theaters.

First on the list are the Oscar Nominated Shorts packages appearing at the Varsity starting this weekend. One can choose either animated or live action viewings – or for a fuller evening, see them both. A longer description of what’s playing is already on our site. At the very least, you’ll feel more informed when choosing your Oscar faves in the office pool.

Another option is The Taqwacores, which continues the unofficial music series going on over at the Northwest Film Forum. Based on Michael Muhammad Knight’s novel, it chronicles a collective of Muslim rebelling misfits who live together in varying degrees of tranquility in an old school “punk house”. For a community where “could lead to dancing” may well be a serious concern, this is truly subversive material.

The low-budget DIY look and energy of The Taqwacores fits in well with the punk aesthetic that the filmmakers were trying to cultivate. Occasional visual flashes take the imagery to black and white, evoking xeroxed show fliers or punk zines from the 80’s – a nice touch. The soundtrack adds verve with tunes ranging from classic Bad Brains to a dynamite rude boy version of Shariah Law in the USA by The Kominas (paying tribute to the Sex Pistols).  But in the end I, liked the concept of the film somewhat more than the execution, and as a fan of hardcore and a former resident of Buffalo I soooo wanted to love this film. I previously reviewed this film for the start of it’s cross nation tour – so you can jump over if you’d like a more involved sense of my thoughts. So unusual, I feel it’s worth calling attention to even if it didn’t blow my socks off.

Of course the final big film event of the week has got to be the Noir City series, running from this Friday through next Thursday at SIFF Cinema filled with so much dark goodness I have no idea where to begin. And at $12 per double feature ($7 for SIFF members), or $60 for a series pass ($35 for SIFF members) it’s one heck of a value. Personally, that’s where I’ll be heading with some of my free time this weekend.