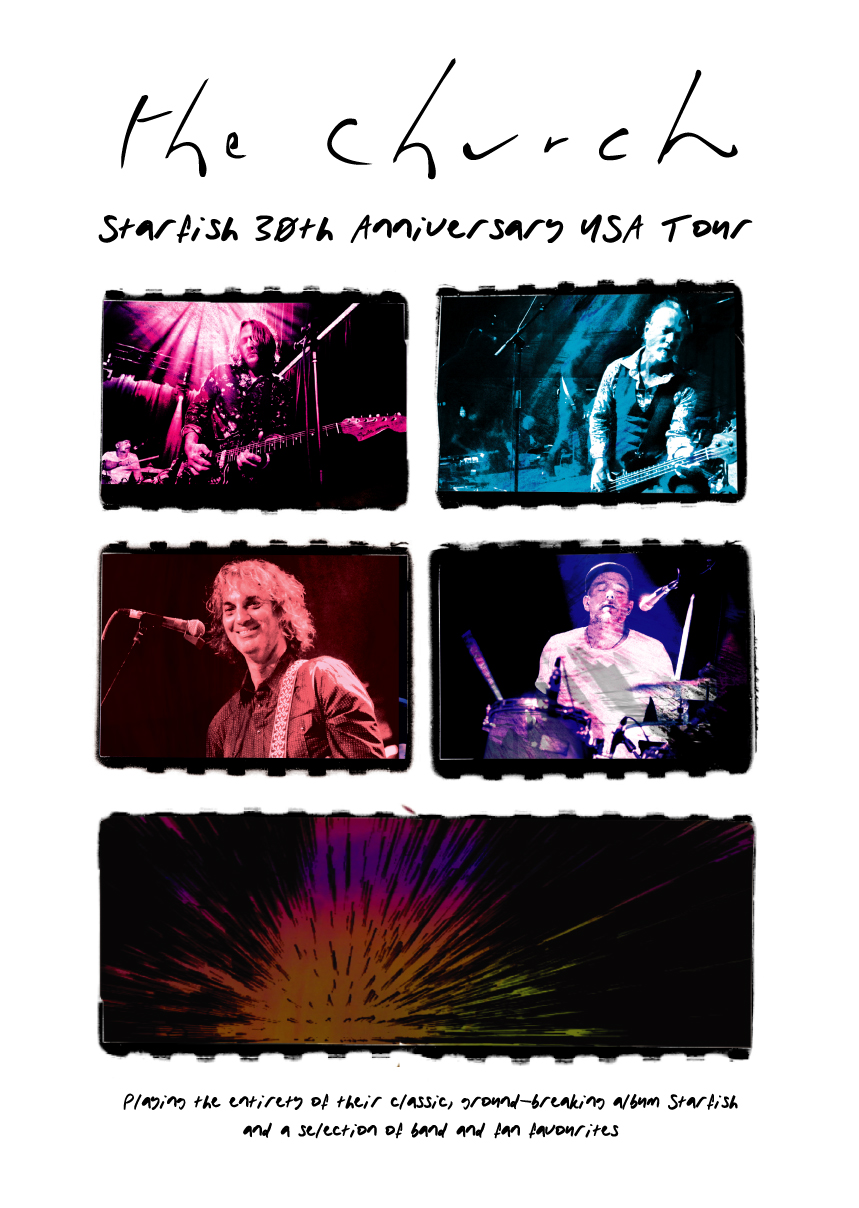 Imaginary Interview with Peter Koppes of The Church

The Church is celebrating the thirtieth anniversary of Starfish this year with a world tour. Seattle will be treated to two shows on Friday and Saturday, 5th and 6th of October at The Triple Door. We had the opportunity to interview the band’s guitarist, Peter Koppes, who has been playing with them since their inception closer to forty years ago. In the interview, Peter provides some insight on Starfish and Hologram of Baal, which is celebrating its twentieth anniversary this year. He also discusses the group’s writing style and their continued appeal.

TIG: Starfish is an iconic album that has had a lasting impression on fans. For many, it was their introduction to the wonderful world of The Church. Why do you think that this record has had such an enduring legacy? When it was being recorded, did it feel like the album was going to be a classic?

Peter: Certainly the band had confidence in co-writing the album after the success of Heyday before it, so Starfish was a distillation with a conciseness of songwriting and an essence that required very few overdubs.

TIG: Even though The Church has had a few successful singles, the group is known widely among its base as an amazingly consistent cult band. Was there a desire to be popular or has it been more satisfying to have a back catalog of well-respected albums that fall just outside of the mainstream?

Peter: I am a child of the 60s when radio singles were fantastic examples of songwriting across all genres, including country and comedy. These days, most commercial radio is monotonous and mediocre music directed at the lowest common denominator for a gullible market to sell stuff. We value the art of music so much that we didn’t bother to try to appeal to those programmers and in fact, we have the greatest contempt for their influence that has produced the current world culture of disposability. Fortunately, for many years we have been blessed with financial support from two wealthy American patrons. And there are quite a few music industry professionals who work on our behalf more for the love of the music than profit.

TIG: Seattle has two dates/performances on this tour, which is not the first time that this has happened. We were treated to two shows during the Future/Past/Perfect tour in 2011, where the stellar Priest = Aura was played in its entirety. Is Seattle a special city for The Church? Is there a unique fan-base here or any particular reason why Seattle is important to the band?

Peter: I am sure Seattle knows that it is a music city and we are never surprised to be popular there as we have credible music that they appreciate. It might not be humble to say but I believe very few bands sound like music from the new millennium and I bet Seattle audiences know that about us too.

TIG: The Church played several songs in the UK earlier this year from 1998’s amazing Hologram of Baal release, which is celebrating its twentieth anniversary this year. Will we be hearing material from that record on this Starfish tour?

Peter: We played Hologram Of Baal highlights in London recently and were very surprised how fresh and vital they sounded. That album heralded a new sound for the band, which has been developed ever since and the songs fit beautifully amongst our new ones.

TIG: Hologram of Baal is one of my personal favorite records of yours and it blew me away the first time that I heard it upon its release. How does the band feel about this album after twenty years? It seemed like a real turning point at the time for The Church.

Peter: My previous answer shows I completely agree with you. Actually, the change came about during the recording of the sometimes described ‘Church’ album before it by The Refo:mation called Pharmakoi with Steve, Tim and myself as a studio project.

TIG: From Priest = Aura onwards, The Church’s albums have a near perfect combination of experimentation and pop, which I have always been fond of. That general theme is one that has continued on every album up through last year’s Man Woman Life Death Infinity. Does the band write songs and then deconstruct them into the versions that end up on record or are they generally created from a more experimental angle? I think that I read once before that a lot of the songs arise from studio sessions and then lyrics and vocals are added later.

Peter: All the songs since The Refo:mation [1997’s Pharmokoi] and most since Gold Afternoon Fix have been co-writes with most of the band present. We jam up ideas by investigating moods that haven’t been explored before and our legacy of diversity provides a lot of opportunity to discover fertile new territory. These explorations are assessed following the sessions. Since Tim [drummer since the mid-1990s] joined the band, every member has been a producer and it has been very efficient for us to be able to sometimes write straight to tape, especially now with Ian’s [guitarist on the most recent two records] new influence also being a producer. Of course, there can be quite a bit of editing still though.

TIG: The band performed earlier this year as part of Robert Smith’s [The Cure] curated Meltdown Festival alongside many other excellent artists. How was that experience?

Peter: We opened the festival on the first night, playing with The Psychedelic Furs, who are my other favourite band from that era and also friends, so together we very much enjoyed the celebration of the respect from Robert Smith.

TIG: Several albums from The Church have never been issued on vinyl. Is there any chance that there will be vinyl reissues of Magician Among the Spirits (1996), Hologram of Baal (1998), After Everything, Now This (2001) and/or Forget Yourself (2003)?

Peter: Vinyl is not something I regard as important as others, but I can see the romantic association with an era when music was more respected and I am glad that new aficionados can be directed to important music that is the modern vinyl marketplace.

TIG: What is next for the band? Are there plans to record a new studio album or any solo/side projects in the works?

Peter: We are always projecting towards new music and subconsciously imagining what it might be. We are probably also collating a mental list of ideas to avoid. My next solo record will be acoustic instruments mostly.

It goes without saying, but we highly recommend seeing Peter and The Church this weekend. You can choose from performances on two evenings or attend both. Concert details and ticket information is here.