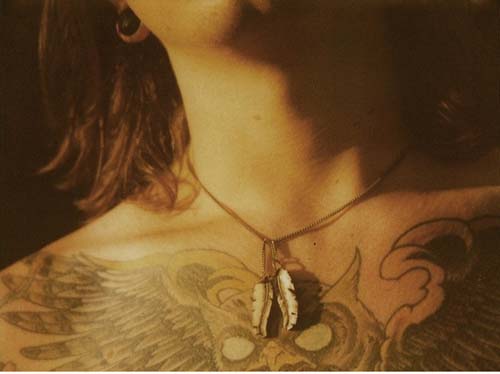 Some people may call me cheap, but I’d like to think of myself as a conservationist. Since my siblings on the East Coast probably aren’t reading this, I’ll go ahead and tell you that this year, like most, they will both be getting the CD’s I’ve already uploaded into my computer, and my sister will probably get back a T-shirt or two I stole from her years ago. It’s a great way to go because I already know she’ll love the shirt and they’ll never know I didn’t just buy the albums with them in mind. Maybe this is a youngest child syndrome, but if you get agoraphobic just thinking about check-out lines this time of year, go ahead and just wrap up that 4th Chuck Palahunuik novel, you’ve already read; You don’t need to keep it, they all have the same plot twist at the end anyway. Give it to your friend who never knew who The Pixies were before Fight Club.

However, if you are really intent on spending your money but you still don’t relish the idea of unusually cold winter days spent in downtown malls, then never fear, the imaginary wish lists are here. Seattle has a world full of reasonably priced local artisans turning all the gift giving ideas you’ve been stressing about into a simple point and click. These first two are people that I personally own pieces from and can attest to their quality. The second two are things that I would want if anyone in my life had money.

Ego Kitten’s Etsy page is full of animal themed jewelry from under the sea or deep in woods. Her octopus pendant necklace is a handmade steal. One of my other favorites is the grizzly bear necklace cast from a shrinky dink. I own a belt buckle from the same mold and it always gets attention. So, octopus pendant or a necklace named after a band that had one of the best albums of the year, you should check out this local artist.

My boyfriend surprised me with Kate Bailey’s Three-feather earrings one night after having bought them off her ears. However unsanitary that transaction may have been, the earrings are pristine. Her pieces possess a unique contrast between the wood-based nature imagery and the precision of laser cutting. She has plenty of other designs too, most of which are pleasantly gender neutral. These are all hand drawn designs and very affordable. You can see piece’s of Kate’s at Fancy if you want to leave the house, but check out this link. While you’re at the page, check out all the Free Time Industry projects, a lot of innovative work going on here.

Support local independent record label, High Fives and Handshakes, and local bands at the same time. I would want Kickball’s vinyl release of “Everything Is A Miracle Nothings is A Miracle Everything Is.” If I were giving this gift, I would probably send it to my stuck-up NYC friends who can’t understand why anyone would want to leave “the city.” They seem to think the rest of the country is a wasteland. This is just a little taste of the awesome, homegrown and supportive music scene that exists elsewhere.

This last one is a present I would love to receive and any of your writers friends, misanthropic as they may be, would probably appreciate. Richard Hugo House offers one-day classes and workshops with visiting and local writers that won’t break the bank. There are many topics and they fill up quick. Registration just started, so now would be a good time to check out which ones may be appropriate for your friends. Sorry, the Phillip Lopate class is full. I already tried to get in that one. But, there are many more! Writing is a lonely endeavor, show your friends you support them and nurture their craft by surrounding them with other writers!