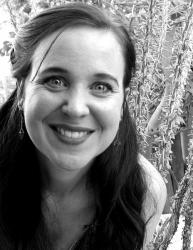 So, Imaginary Girl Dana asks me, "Mike, how would you like to go see Kristin Hersh?" What a dumb question; that's like asking George W. Bush if he'd like to do some lines of coke, or asking Mike Tyson if he'd like to punch someone in the head. There are some questions where the answer is so obviously yes that it's not even worth asking, and this was one of those questions.

Kristin Hersh's work has long been a defining influence on my musical tastes, one of my muses, if you'll pardon a needless pun. I had first heard her music when I was going through my ephemeral, trance-like music stage, listening to such bands as Cocteau Twins and Dead Can Dance and This Mortal Coil. A friend, noting the 4AD theme, played a song by another 4AD band Throwing Muses called "A Feeling", which went right in with my musical tastes of the day, and I was enchanted. What else did they do? I went to find out. I picked up a copy of the then newly-released The Real Ramona, and gave it a listen.

And I hated it.

It was completely not what I was expecting; it was sharp, it was biting, it was everything I was not looking for in music at the time. Seeing that at the time, buying a CD meant that I had to subsist on potatoes and ramen for the rest of the week, I was displeased.

A couple of weeks later, after I had passed through the Potatoes and Ramen stage, I decided to give the CD another listen, this time with a more open mind and a better understanding that "A Feeling" does not sound like any of their other music. Relax, Mike, and see where this takes you.

That CD did not leave the player for at least three weeks.

Over the next month or so later, I joyfully endured a few more Potatoes and Ramen stages as I picked up Hunkpapa and House Tornado, and reveled in their naked grit, their raw intensity. I actually managed to catch them live, at a ratty joint called Gabe's in Iowa City, where their sonic crush left me exhausted and tingly for days.

Then the usual thing that happens when I get into a band happened. They broke up. Then they reformed. And broke up and reformed. I collected Kristin Hersh's albums over the years, and saw her perhaps about a dozen times, either solo or with that year's incarnation of the Muses. And now, having not seen Ms. Hersh play for at least a couple of years, having Dana ask me if I'd enjoy going to a Kristin Hersh show proved once and for all that yes, there is such a thing as a stupid question.

Of course, this was no free lunch, I'd have to write about it. Me, Rock & Roll Journalist? Right. My experience with rock & roll journalism was limited to watching Cameron Crowe's Almost Famous, and while the idea of being abducted by Kristin Hersh is oddly appealing, it was unlikely to happen.

Kristin Hersh was playing the Tractor Tavern in Ballard, a nice, roomy venue that's always inviting and pleasant. I arrived part-way into the opening act, which was a nice set done by a young singer with her guitar. The Tractor was still relatively empty, so I was able to easily get to the front and sit cross-legged on the floor. After the opening act, "Mr. Kristin Hersh" came out, sat down, and explained that, before the show, he was going to do all the talking that Kristin "finds distasteful". He let us know that they were going to be selling two CDs after the show, one an old Throwing Muses "Bootleg", the other a more recent Kristin Hersh performance, and that buying these CDs allows them to continue clothing their children in Target-brand sneakers. He also let us know that, following the show they would be playing an early recording of Kristin's latest project; a band called 50-Foot Wave. With the business stuff out of the way, the lights dropped, and out came the woman of the evening.

Now here's the part that's hard for me. How do you describe a show? Particularly one where the music moves through you and entrances you, a mixture of old favorites and new experiences? It's said that Meriwether Lewis eventually committed suicide because he was not up to the task of describing the beauty of what he saw as he trekked across the country, and here I find myself in a similar, if not as extreme circumstance. Sure, I could tap into the chronicles of rock & roll cliché, but that would be cheating. The show was, in a literal sense, simply amazing. Simple, in that it was merely Kristin Hersh with her 6-string and an amp and a microphone, and amazing because of the emotional intensity that she could so effortlessly put out. She interspersed her songs with the stories behind the music, such as "Snake Oil," which was written about a snake her son found while they were getting their tour bus fixed, and "White Trash Moon," about their, how do I say this, colorful neighbors. With the exception of two assholes who were trying to start fights with those around them, the audience was pleasant and polite and receptive and just plain nice — just the way a Kristin Hersh show should be.

She played two enthralling sets, and while her solo material doesn't have the same sonic-wall effect that the full Throwing Music band could create, just this one singer alone on a stage with a guitar and amp and her wandering, hypnotic gaze weaved together a intricate structure of music and vocals and raw power that I doubt I will ever tire of.

Following the show, they played, as promised, some recordings of 50-Foot Wave. This is strong stuff, reminiscent of early Throwing Muses days, or perhaps the album that fellow-Muse Tanya Donnelly played with The Breeders. This looks like an album to look out for. Word on the web is that they will start touring in the fall, but I saw no mention of an album, yet. Keep an eye and an ear out for it.