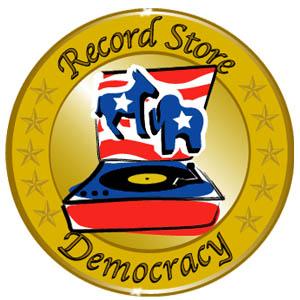 Now that John Kerry has more or less officially become the nominee of his party, prominent Democrats, including former primary opponents, are closing ranks behind him. Just days after attacking Kerry’s economic policies and attempting to delineate the differences between them, John Edwards, in a whiplash turnaround, started stumping for his "good friend." Howard Dean, Kerry’s most outspoken attacker during the primaries, granted his endorsement. Emails have been sent in the names of Bill Clinton, James Carville, Tom Daschle, Nancy Pelosi, and others soliciting donations.

But the more important spokesmen for Kerry’s candidacy in recent weeks have been inadvertent ones, and for the most part less famous.

Okay, so maybe Messrs. Nesmith, Dolenz, Tork & Jones haven’t actually had much to say about the current political climate. But let me quote a few lyrics that seem relevant to the issues at hand:

JOE TRIPPI (Dean's former manager) — Nobody ever expected Howard to be the breakout star of that band. Even those of us that worked with him and supported him, we figured he'd sing back-up, provide a certain image that the other guys were lacking, that sort of thing. But the fans just latched on to him.

Now, I'm standing here. Strange, strange voices in my ears, I feel the tears But all I can hear are those

Words that never were true. Spoken to help nobody but you. Words with lies inside, But small enough to hide 'Til your playin' was through.

Words that never were true? Well, there’s the WMDs, for one. The administration has been audacious in its revisionist history. Look, anyone who pays any attention to the power brokers who huddle just behind the scenes — in the current case, the neocons: Perle, Wolfowitz, etc. — knows that there has been a seething desire ever since Bush 41 to "finish the job" in Iraq. And the opportunity presented by September 11 was lost on absolutely no one. But to sell the war to the American people, it had to be tied into Bush’s nebulous "war on terrorism." So we got WMDs and Dick Cheney insisting that Saddam Hussein and Osama bin Laden were taking family vacations together. From day one, the Bush administration has been startlingly cynical, using the most convenient excuse to justify its policies and, if that doesn’t work, changing the justification — but never the policy. Except for Cheney, who never feels the need to change either. Former Treasury Secretary Paul O’Neill and now former counter-terrorism chief Richard Clarke both make the case in their respective books that the war on terrorism has actually been hurt by the distraction of the war in Iraq, which was in the planning stages long before the towers came down.

Small enough to hide ‘til your playin’ was through. That is, if you consider 100 billion dollars small. Richard Foster, chief actuary at the Centers for Medicare and Medicaid Services, alleges that he was threatened by then-Medicare administrator Thomas Scully when his cost estimates for the Medicare prescription drug bill came in much, much higher than expected — and higher than the congressional Republicans who were key to the bill’s passage wanted to pay. The limit those Republicans set was $400 billion, but Foster’s estimate ranged as high as 551 billion. So, Scully made it clear that Foster was not to release the higher estimate at the risk of losing his job. The bill passed and a month later — one month later, mind you — the White House revised its cost estimate up to $534 billion. Bush cynicism again — a complete disregard of how obviously manipulative this appears.

Spoken to help nobody but you. Well, obviously. But fortunately, those words may finally be back-firing on Bush and Co. The strange voices in the president’s ears are those of angry officials who aren’t going to stand for being set up as scapegoats after having been ignored in favor of the administration’s single-minded approach to policy. And they are coming out as whistle- blowers. Another FBI official testified before the 9/11 commission this week that he briefed John Ashcroft about Osama bin Laden twice and was told when he tried to raise the subject a third time that Ashcroft did not want to hear about it again. If this trend of spilling frustrated guts on administration screw-ups continues, John Kerry can sit back, take the high road, play on his war record, and let others do the dirty work for him.

The White House message has been ironic at best, hypocritical if you’re feeling ungenerous. Party line regarding Kerry is that he is a flip-flopper, waffling and reversing himself on issues based on public opinion; meanwhile, Bush, the ‘steadfast, resolute leader in times of crisis,’ has reversed himself every step on the way regarding the 9/11 commission. He opposed the formation of the commission in the first place, then supported it; opposed extending their deadline, then acceded; opposed allowing Condi Rice to publicly testify, then granted permission; and so on. Where is the Kerry ad pointing this out?

Time has come for the playing to be through. Bush’s words are no longer small enough to hide.