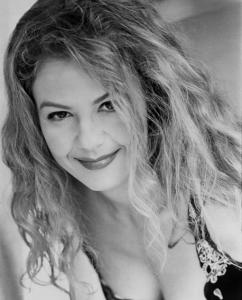 How much of this film was autobiographical?

When I first moved out to Los Angeles in 1990 I had just graduated college, went to Dartmouth, I wanted to be a filmmaker and didn’t know anybody when I moved out to LA. After about 3 years, I just couldn’t get a decent job, where I could make a living and pay my rent and be a responsible adult, which I wanted to do so badly. The first job that came my way where I was making a good salary, good benefits and stability was as an editor for the Playboy Channel. I was very conflicted because I was a hopeless romantic, I believed in love and pornography is everything that is separate from that. When you think of pornography, you don’t think of Playboy but they actually had a channel that ran under a different name that ran porn. So, the film was based on that. I had to make a movie about this. I was only working there for a year. I was writing my dream script that I was going to make for no money, which I did, and it got into Sundance and then I actually had a career that I could quit at Playboy. But that whole year at Playboy was such a turning point in my life.

Were you also shooting the film after hours at the Playboy Channel with their studio and sound and editing equipment, like what happened in the film?

No, that was made up. I didn’t make my movie when I was working at Playboy; I made it once I left. I was using their stuff for my preproduction like their Xerox machine and their phone but in the movie I had to find a plot; your real life never has a first, second and third act or a turning point. A friend of mine, Don Bloomfield, who is a co-producer on the film, had the idea that (Jody) takes the job because she sees the sound stage and thinks “I can shoot my movie here at night.” It’s completely his idea and I can’t take credit for it because I never would have figured that out. I was really stuck and I had written two drafts of the script and I had a TV pilot of the script; it was originally written as a pilot for Showtime as an hour TV pilot. In the pilot, she never took the job to make her movie; she took it to keep her head above water. I didn’t need to have this strong plot. I was so struck when I was trying to figure this out and he said “she should shoot her movie there at night.”

You mentioned being a Woody Allen fan in the Q&A last night, so I knew we would get along well because I am too. One scene in particular reminded me of one of my favorite scenes in Annie Hall.

It’s true. I’m referring to one scene in particular that reminded me of the cocaine scene in Annie Hall.

It’s such a great scene; that’s so nice. It’s funny because I always hope people don’t think (of that scene) as just a slapstick scene, even though I do like slapstick; I like Mel Brooks and I like great commercial comedies. I’m not ashamed of that.

But with film festivals, I really stuck because there’s a commercial feel to the film, but it’s still really independent. It makes it very hard because you either have to be Judd Apatow or Adam Sandler if you’re going to make a comedy like that, a broad comedy that has a lot of heart. I just didn’t have the budget or the huge stars but it’s not a true indie because it’s too commercial and too mainstream, even though it’s set in the porn business. The people in this business are always looking for a reason to say no and there are definitely a lot of reasons to say no. But to me, I want something that defies description.

This morning, I knew I was going to be talking to you, so I was up very early watching one of your previous films, Amy’s O. I noticed how that film led to Finding Bliss.

Well, I’m not usually a film writer, I’m usually a music writer, so I wanted to be somewhat prepared, but I just didn’t have the time to watch your other films, All Over the Guy and I Love You, Don’t Touch Me but Netflix did deliver them all yesterday afternoon.

That’s great that you’re a music writer because music is hugely important to me. In fact, I think I make movies because I’m a frustrated composer. I really believe that is how I really want to express myself but I can’t and making movies is how I express myself.

I can’t wait to work with a composer and pick music. That’s like casting the lead, it’s as important. I think I spend more time with the music, stressing out over it, really it determines what the movie is going to be. You can really elevate or you can really ruin the movie with (your selections of music). What did you think of the music in the film?

I really enjoyed it. I thought it was good, especially segueing into particular scenes.

We had no money, no song budget. We had $2000 for all of those songs. They were all unsigned artists and it was torture trying to put everything together. My friend Donnamarie (Recco), who played Kathleen, is a struggling musician as well, so she knows struggling musicians and that was how we got a lot of those songs. We just couldn’t get any known artists. And trying to find what the score should be was also really hard.

Was it difficult getting to clear songs once you found ones that would work?

It took months to pick the songs and then we had to start from scratch again. With the score, I think we used part of the score from Desperately Seeking Susan, which has that eighties feel, which I thought was good because it’s sexy but fun. I love music from the eighties but then it came time to replace it. You want to let the composer find their own sound, you don’t want to just say “copy this”. I think (John Swihart) did a really good job.

How did you find him?

He also composed the score for Napoleon Dynamite and that really put him on the map. He’s done a lot of films since then and he was just fabulous to work with. I found him through his agent.

You filmed this movie in Spokane but had a lot of known Hollywood actors in the film; did everyone fly up to Spokane to shoot?

Yeah, we shot 16 days in Spokane and four in Los Angeles, so the majority was shot in Spokane. We all lived at the Doubletree Hotel in Spokane and it was really fun. The day players were all local Spokane actors, and maybe a few from Seattle, as well.

Because this was filmed sort of locally, in Spokane, there were a lot of people who were at the screening last night that were friends with people who
worked on the film and whenever their friends’ names would appear in the closing credits, a lot of people would applaud. I asked Natasha Lyonne about this when I interviewed her a couple of weeks ago and she said that was what independent filmmaking should be.

It is. You work so hard and everyone works really hard on the film and those unsung heroes are the grips or the people who work fourteen hours a day and don’t get the credit they deserve.

One other thing I really liked about this film was that you had people that really had good comic timing and really understood comedy. I saw a film a few days ago that was with a first time director and lots of inexperienced actors and it was difficult to watch. Jamie Kennedy was hilarious, Denise Richards has been in quite a few comedies, Kristen Johnston was on “Third Rock from the Sun”, and she’s very funny…

Kristen Johnston, oh my God, can you have better timing than she does? She doesn’t do many tiny, low-budget movies but she’s a friend of a friend. I don’t think she knows how good she is in this movie. She’s the only one in the cast who hasn’t seen it yet. I told her people love you in this movie and she says “I’ll see it when I see it”. I also told her that she looks really pretty in it.

It’s always great to tell an actor they look really great in a film because, let’s face it, actresses care. Denise Richards is beautiful but she looks really beautiful in this film, doesn’t she?

Of course, she looked in stunning in almost every scene she was in.

Someone told me “this movie is too racy for Pacific Place”. Do you think so?

But you also didn’t shut off the silly sex jokes in the second half of the film. The scene at the AVN Awards with Kristen Johnston and Ron Jeremy was one of the funniest scenes in the movie.

I love seeing the two of them together. I have a really funny story about that. She did not want to do that scene. She said she had to get back to New York and teach her class – she teaches at NYU. She finally asked “do you really need me for that scene because I have to stay two extra days?” and she said “I just don’t want to be in a scene where I’m on a stage with Ron Jeremy.” I said, “That is what this is about? That is what this movie is about Kristen, a good actress like you standing next to the biggest porn star in the world”. I loved just having the two of them in a scene together. I just thought it made for a great photo of the two of them and now I can say to Kristen “see, that photo is going to wind up on the internet” and she’ll go “oh no! I’m on the internet with Ron Jeremy!”