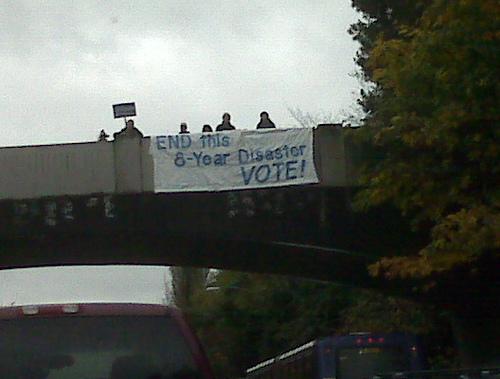 In addition to voting you can get… 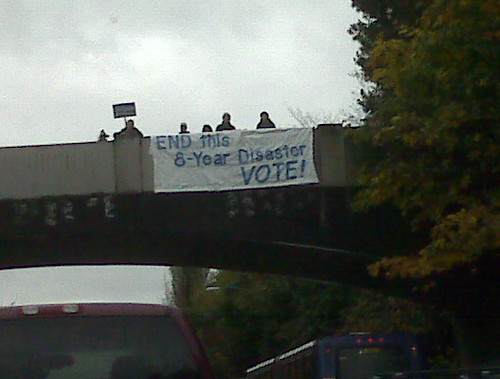 With all the election buzz going around, voting in and of it self is sexy enough to get all involved. But for those of us that would like a cherry (or doughnut or cupcake) on top of that democratic goodness, folks around Seattle have stepped in to make the day extra special with freebies for voters!

Thanks to Laura for the photo and Kristin & Monica/PI for the (nummy) scoop:

Rock the Vote
MTV's Rock the Vote is offering free music downloads in exchange for a pledge to vote.
Location: Online.

Irwin's Cafe
The neighborhood cafe is offering a "pay-what-you-want" promotion all day on Election Day. Irwin's sells everything from scones and muffins to pizza and quiche — plus coffee. Hours are 6 a.m. to 8 p.m.
Location: 2123 N 40th St. (Wallingford)

Cupcake Royale
This tip came from the folks at West Seattle Blog: All three Seattle locations of the popular cupcake shop will be giving out one free babycake to each customer who voted and a free "I'm pro-cupcake and I voted" sticker to anyone who buys 12 cupcakes Tuesday as part of their "Vote, Babycake, Vote" promotion. "We're also going to have homemade little toppers with Obama's head," a Madrona employee told me on the phone. "There's a couple McCain heads, too, to be fair." Red and blue sprinkles will also abound.
Locations: 2052 NW Market St; 1101 34th Ave; 4556 California Ave SW.