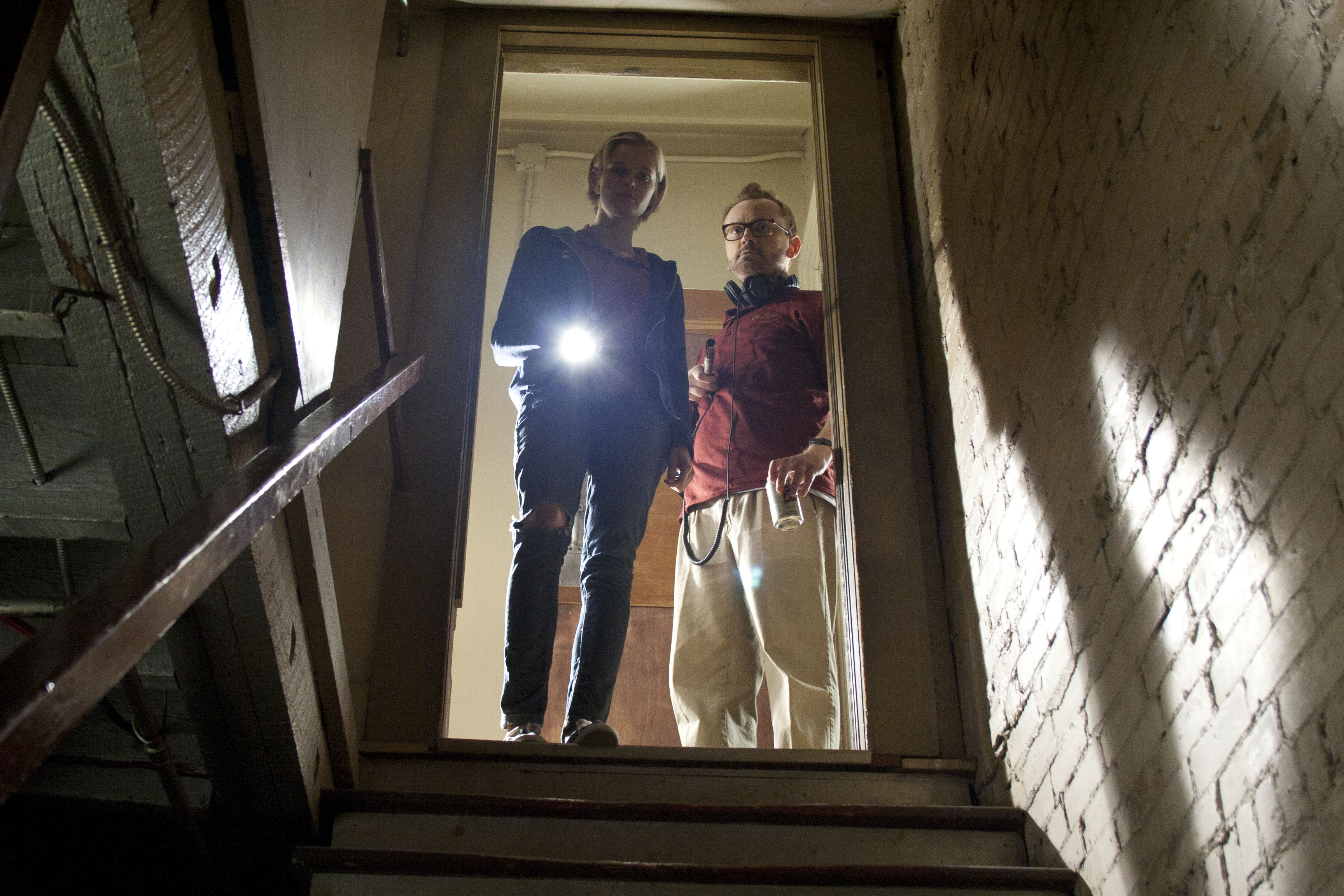 {The Innkeepers opens at the Grand Illusion Cinema on Friday, February 3rd. It is also available through video on demand}

The Innkeepers is likely to be seen as a breath of fresh air by fans of scary ghost stories. Benefiting from a throwback vibe and deeper character construction than one has been trained to expect from a horror flick, it's a hard to turn away from package. I cared about what happened to the characters as the cranking suspense gave me a serious case of the creeps. It's a fun ride, even if the final wrap up was a bit under whelming. Though that probably says a lot more about how strong the first half was than anything else.

If the ending had fully delivered on my early-stage tension, I might not be in a condition to commit my thoughts to page. Director Ti West pulls strong performances out of his three main characters, Sara Paxton and Pat Healy as the innkeepers in question – and the hotel it takes place in. The Yankee Pedlar Inn plays itself, albeit I expect more evil, variation (sort of like NPH in the Harold and Kumar movies), with more brides who took their life on their wedding night and now haunt the space for eternity.

It's the closing weekend of the inn. Claire and Luke are manning the front desk at the near empty facility. He's always tapping away at his computer and suckering Claire into watching scary youtube clips with occasional breaks for them to discuss the night's ghost hunting plans. They're hoping to capture the resident poltergeist via some sort of audio or video record before their final shift is up. West uses their sort of half-assed search for proof of an afterlife to ratchet up the tension in old-school slow-burn fashion. As well as Claire's extreme ambivalence about everything to make you question what's "real" and what's an artifact of an imagination that's finally been engaged. The few guests in the mix are a not super happy mom, an aging TV star turned spiritualist, and a mystery guest that arrives around the beginning of the third act. Not surprisingly: you never, ever want to go down in the basement…

For a ghost movie it's pretty talky. With the two slacker innkeepers doing most of the conversing. The pair is what made the film work for me. Not necessarily because I liked them, but because I was interested in them as people. I think something somewhat unusual within the horror genre. The inn itself is a major contributor to the intense ambiance of the film. Judging from the pictures on the lodging's website and a casual conversation I had with some Innkeepers crew members on a SXSW shuttle last year the place really is that creepy. It's a perfect location for the story and West's camera work uses the facility to full advantage.

The ghost story itself isn't frightfully original. Though it certainly gave a wimp like me more than a few starts. While the climax didn't make me stand up and say "wow!", the setup was strong enough on its own to overcome the mild disappointment I felt based on first half expectations.  For fans of the suspense horror persuasion (who don't mind a bit of humor in the mix) The Innkeepers is worth a trip to the theater. When you're heading out don't forget The Grand Illusion is thoughtfully providing an opportunity for a Ti West double feature with his earlier picture The House of the Devil in a late-night slot this weekend. In for a penny, in for a pound – you'll probably want to just see 'em both.