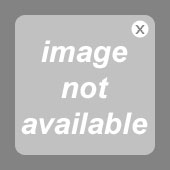 News from the world of remixing…

A couple of weeks ago, I posted an mp3 from the just-released-this-week Remix Romance album, where many top DJs give their attention to Sally Shapiro's soon-to-be-classic Disco Romance.

Since I had so much fun with that one (which was the Junior Boys remixing "Jackie"), here's another remix you can download. This one is also really great. It's also from the first volume and by Lindstrom. It's for the song "Time to Let Go" (which was one of my very favorite tracks on Disco Romance). You can download it free and legal here.

I have also spent considerable time talking to anyone who will listen about how much I love "Funplex," the new single from the B-52s.

Right now they've got an EP available on iTunes of remixes of that song from CSS, the Scissor Sisters and Peaches but AcidPlanet.com is hosting a contest for anyone to enter. Full details and the very impressive prize list is available at acidplanet.com/b52s.

Finally, Client, the uber-sexy electro-pop trio from the UK, just released a collection of their songs remixed. It's called Untitled Remix and features different versions of many of their popular songs like "Xerox Machine," "Lights Go Out" and "Suicide Sister."

It's out now on Metropolis and for this week you can stream the songs from the band's MySpace page.