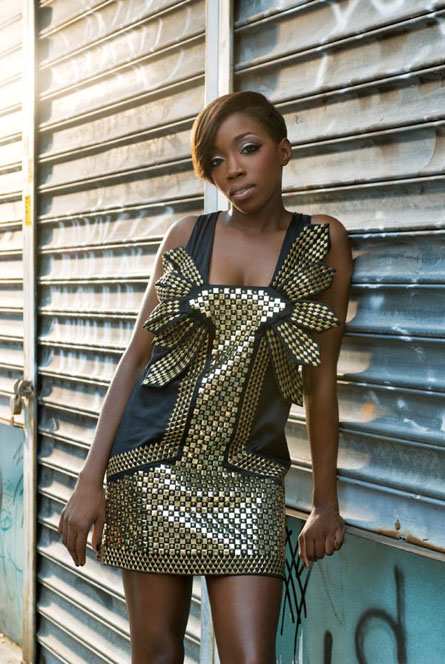 Is this any way to run a career? Or why you should see Estelle on Monday night at the Showbox

I remember last Bumbershoot (really, it wasn't even months ago) and seeing the British R&B/pop star Estelle's fantastic performance. Her single "American Boy" was on its way to becoming a bonafide hit. I had listened to it plenty of times on YouTube but realized that I never bothered to download the song.

I went back to the press room because I wanted to hear "American Boy" again and immediately. I entered her name into the search engine on the iTunes store and only found her 2004 album 18th Day. Perplexed, I entered "American Boy" in and found several tracks labeled "American Boy (made Famous by Estelle)" but no legitimate version of her hit song that features a duet with the actual Kanye West.

A few minutes on Google revealed that her label, Atlantic Records, ordered "American Boy" and its album, Shine, to be pulled from iTunes in the hope that it would sell more physical CDs. It didn't work and sales of Shine dropped while iTunes sold quite a few knock-offs or replicas of "American Boy". Atlantic capitulated and returned Shine to the iTunes store.

Atlantic tried to make a stand with an artist who was just emerging, one who needed their music in as many sources as possible.

The song itself is dazzling. Estelle's harmonies, especially when she sings the chorus, work especially well against West's rhymes. But it's not the only great moment on Shine. "Pretty Please (Love Me)" features Cee-Lo and is a fantastic R&B song that could easily be mistaken for a soul classic from 40 years ago out of Motown. Estelle's voice is big enough to sound dominant, even singing on top of a full band (including a horn section).

Overall, Shine is a well-produced album with every song sounding lush and full. The production is brilliant, with each instrument coming across clearly and it's full of hooks sung by a singer with a lot of range and big voice that fits what each song demands.

When I watched Estelle play at Bumbershoot, the set was great but quite crowded and tough to get close, so I'm thrilled that she'll be playing Monday night at the Showbox at the Market with local soul star Choklate. The show is all-ages with 7pm doors.

Here's the video to "American Boy":