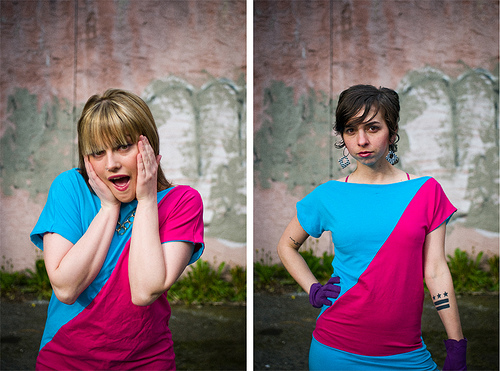 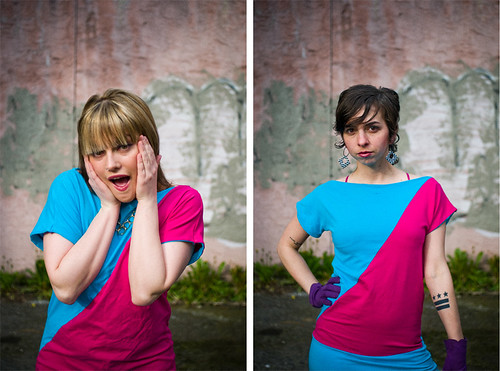 Last night I was hanging out with TIG's awesome photographer/writer Jeanine Anderson and one of her equally awesome friends after the CSS show at Neumo's.

Team Gina's Gina Genius approached us with flyers to her lesbian hip hop band's upcoming show at Chop Suey next month with Athens Boys Choir. She and bandmate Gina Bling were out spreading the word about their show. Since I like Team Gina an awful lot, very rarely run into artists I've written about (who I had never previously met) and appreciate when bands put in the time to get the word out about their own shows, I'll post the details of the show here. I also like to have an excuse to post more of Kyle Johnson's always fantastic photos. The show has a sock hop theme, so you are encouraged to dress like Pink Ladies or T-Birds, if you so desire.

I know I've posted this before, but I'll do it again since there's not a video to my favorite TG song "Wife Swapping" yet and because it hasn't stopped being great. This is the video to "Rock the Like":