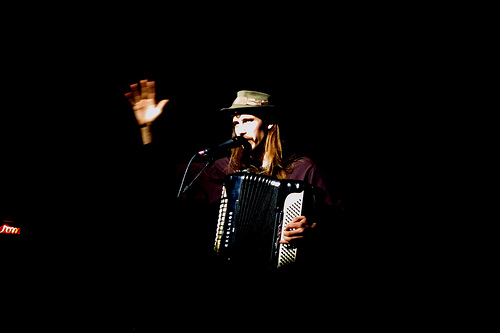 Jason Webley teaches you how to get drunk during a recession 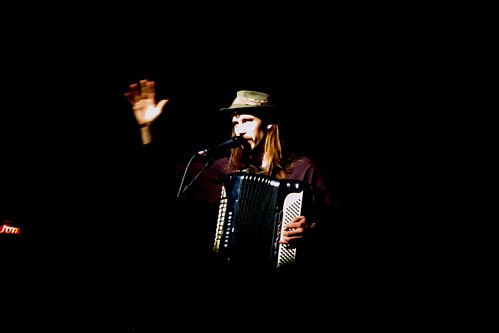 I still haven't fully computed everything that happened during Amanda Palmer's 2 hour+ set last night at the Showbox at the Market but I wanted to share one highlight of the evening while I work on my review.

Punk/folk accordian player (and Palmer's friend) Jason Webley made a surprise appearance before her set and led the crowd in a drinking song. He said that the song was best experienced if we were all drunk, but that left two problems: the economy and the all-ages crowd.

So, to improvise, he led the crowd to point upwards with our right index finger and then spin around twelve times while looking at our raised fingers.

I have to admit, it definitely felt like a night of heavy drinking, like when you've reached your limit but still want to keep drinking – but the dizziness wore off (for me, at least) shortly after the song ended.

Check out the lovely and talented Amelia Gyde's photos of the ordeal (and the rest of her photos are here): 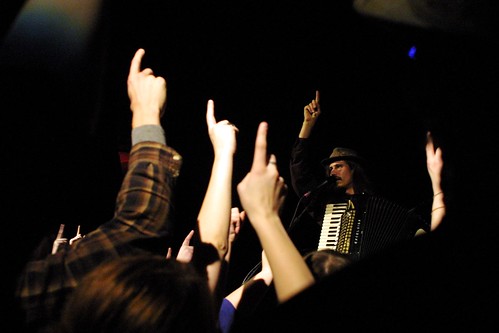 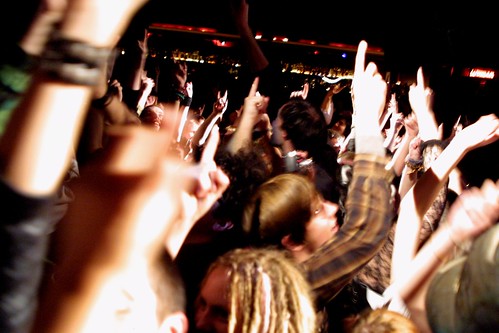 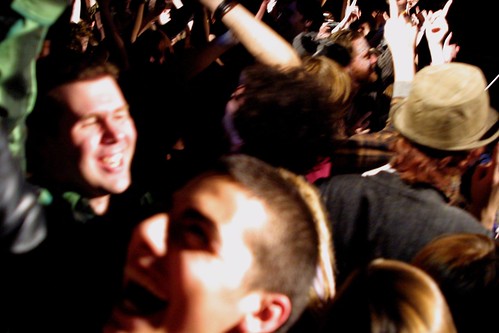