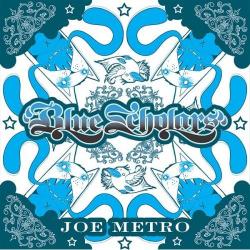 For those of you who might have missed it, the Blue Scholars released one heck of an album in 2007. Bayani, the duo’s sophomore release, builds on their debut’s socially-conscious lyrics provided by Geologic mixed with Sabzi’s smooth production. The Scholars are curating The Program for five nights at Neumo’s in Seattle, December 18-22, featuring a who’s who in Northwest hip-hop. And if that isn’t enough, the Blue Scholars have released the Joe Metro EP, a download only EP full of new songs, remixes, and instrumentals to tide us over. While Joe Metro isn’t as hard hitting as the Long March EP, it still delivers what we expect from the Seattle duo.

I think what is most satisfying about the Blue Scholars is the respect they have for their audience. They realize that to many people, there is more to worry about that dancing, sex, and posturing. The title track is featured on Bayani and well, it is a great track with Geologic in his top form. The song is remarkably positive, much like The Blue Scholars’ “No Rest for the Weary.” The song itself is a commentary of Seattle city life, right down to a description of life on MLK and the over-abundance of coffee shops on Capitol Hill. “Southbound” offers a breather from the city and the struggle, reminding us that every one needs a break sometimes (along with some other more primal needs). The song itself has a throwback feel with a thick synthesize line over the beat. “Town Talk” brings in a pile of guests with the Blue Scholars, with the Physics and Khingz, showcasing the highlights of Seattle’s hip hop scene; it almost comes across like a Northwest answer to Dre’s work with Snoop Dogg. The remix of “North by Northwest” gives the song a much more insistent, anxious tone, like a call to arms rather than a party anthem. The instrumentals don’t add a lot to the EP; however, they do let us appreciate the remarkable musical skills of Sabzi.

In a world of meaningless, throwaway music, the Blue Scholars are a respite for the intelligent listener. Even when they’re relaxing, Geologic and Sabzi never forget there is a struggle. Based on what is on your typical urban format radio station, you’d probably that protest hip-hop had long since vanished, but the Blue Scholars keep the banner waving for music that going beyond pure entertainment.