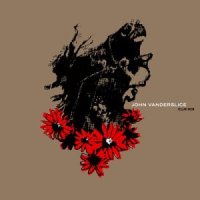 What are we going to do with John Vanderslice? It's been two years since the last taste of anything by the ex-MK Ultra studio whiz, and just by reading the press packet, it's clear the San Francisco analog junky is making some pretty big claims with his new record. First off, he's calling it Cellar Door, the same phrase a character in the film Donnie Darko calls the most perfectly beautiful linguistic combination in the English language. As if that weren't ballsy enough, the lyrics off the record's first track are directly adapted from Percy Shelley's "The Mask of Anarchy."

Now that's not to say Cellar Door is a poor title, or that Shelley was somehow insignificant as a Romantic poet, he pretty much founded the Satanic School of poetry for crying out loud. But to allude that your new album is somehow connected with the most beautiful phrase in the English language, while also borrowing lyrics from one of history's most well-known poets, well, that seems almost arrogant enough to make one not want to listen to the album.

But that would be a mistake, because Vanderslice definitely pulls it off. After 400 hours of recording in his analog-happy San Francisco studio, Tiny Telephone, John Vanderslice – and Seattle's Barsuk Records – have a solidly good record on their hands.

The album begins with "Pale Horse," the borrowed Shelley poem set to music. Behind Vanderslice's rough tenor is the repeated chorus, "Rise like lions, after the slumbering / in greatly unknowable numbers." A meticulously crafted, veritable landscape of sound accompanies him – strings, horns, distorted acoustic guitars – but rather than tracking instrument after instrument just because he can, Vanderslice is sure that every instrument has its place and nothing gets too cluttered.

Once he moves into his own lyrics, it becomes clear why Percy Shelley began the record. The definitive poet of the Satanic School, Shelley brought out the grim in the everyday; Vanderslice does the same, drifting even more in the direction he stepped on his previous record, The Life and Death of an American Fourtracker (Barsuk, 2002), into biographical tales of heartbreak and misery.

On the second track, "Up Above the Sea," Vanderslice gives his own version of Coleridge's "Rhyme of the Ancient Mariner," telling the listener about a bluebird he shoots, while synthesizer and drum machine provide the menacing backdrop to the assassination. "Everyday the bluebird comes down / and stares at me for hours / Can't figure out if he brings me luck / or if he's trying to tear me down." The song ends when "[the bluebird's] body exploded / and feathers fell all over my lawn."

"They Won't Let Me Run" begins with a Death Cab for Cutie-esque guitar track (DCfC guitarist/producer Chris Walla appears on the record) and tells a story Faulkner would have been proud of – that of a man trying to run away from his marriage and powerful family. "They dragged me home, the family sat me down / They kept me cuffed up and they roughed me up / and said 'We'll never let you run."

The most haunting, keep-you-up-all-night song however, is "My Family Tree." It feels like an acoustic guitar ballad to lost-love at first, but then the lyrics turn it into an absolutely terrifying oh-my-god-that-could-happen-to-me situation where a father dies, a sister marries a man that's "pure fear," and the mother kills herself. Vanderslice is left muttering the chorus, "My family tree is me, my family tree is me."

What makes Cellar Door so good is the same thing that makes it difficult to give it a wonderful rating, as it's hard to listen to it over and over again. The tension it creates between such heavy-handed, profound lyrics and at times very carefree music brings the horrible experiences of Vanderslice's characters down to a very basic human level.

Believing, for instance, that you could be that man in "Coming and Going on Easy Terms," sitting on a train going to identify your dead son; or that you could be one of the soldiers in "Heated Pool and Bar," fighting other people's wars all around the world, torturing and murdering, being able to sing "The screams I've heard / it'd fuck up a weaker man / but I'm cold, I'm so untouchable," is just unhealthy. The album, like the movie from which it gets its name, is difficult to absorb just because it does such a good job of scaring the hell out of you.

Vanderslice takes his art to the next level with this release, topping even the best moments of Fourtracker or either of the two solo releases before that, Mass Suicide Occult FigurinesTime Travel is Lonely (Barsuk, 2000) and (Barsuk, 2001). He's on tour now with a whole new lineup backing him, and Cellar Door is definitely worth checking out. Just make sure you listen to something happier before you go to bed — the Postal Service maybe, or the soundtrack to Aladdin. Just listen to Aladdin anyway.