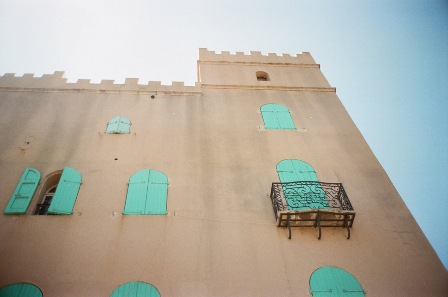 Our friend John Vanderslice hit the proverbial road this week, touring behind the upcoming release of Romanian Names, which will be out on Dead Oceans in mid-May. The first leg, dubbed the Gone Primitive tour, is paired up with the Mountain Goats for some sure-to-be stellar performances:

And just in time for this imaginary girl's May birthday, a set of solo dates for the actual album release:

Seeing as (a) I live five minutes from Easy Street and (b) have picked Sunday at Sasquatch as my favorite day in the lineup, I'm pretty psyched about these shows. It will definitely be rad to get a double dose of JV in my queue.

[Paris, as seen in one of the slideshows at JV.com]