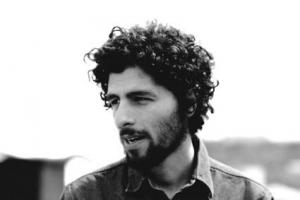 I met Jose Gonzalez for the first time in the summer of 2006, while he was passing through the West in support of 2005’s Veneer. After talking to him for an hour and then catching his set later that night I couldn’t get over the fact that he was the humblest, nicest guy I’d ever met.

I wasn’t sure what to expect from my second interview with Gonzalez, who has now been all around the world on tour and just finished recording a more cynical, slightly bitter and definitely more complex sophomore effort – In Our Nature.

In Our Nature is decidedly less personal than Veneer, turning the lens away from Gonzalez’ own issues and onto those of the world around. In the time between the two albums, Gonzalez read two books that influenced the album’s overall lyrical theme; namely, “The God Delusion” by Richard Dawkins and “Practical Ethics” by Peter Singer.

“[Singer] has some really interesting views of how humans should treat each other,” he says of Practical Ethics, “and it became a theme for the whole album.”

his is clear from the beginning of the album’s first track, “How Low,” in which Gonzalez sings, “How low/were you willing to go/before you reach/all your selfish goals?” Gonzalez steers us into darker territory, far away from the lover’s lament of “Crosses” and “Broken Arrows.”

“Watching the news makes you wonder when humans will stop making mistakes and start learning from history,” Gonzalez says. “I mean if an alien saw us, I don’t know, would he laugh? Or cry?” he jokes.

Gonzalez himself is different now, too, his worldwide popularity having made him more confident in his writing. “I’m struggling to write lyrics for the B-sides now—and it doesn’t come very natural for me—but this time it was actually fun to write,” he says. “I have a clearer view of the kind of feeling I want [for the songs].”

In Our Nature is comprised of 10 moody, hard-hitting songs that feature Gonzalez’ signature nylon string guitar sound (he never records or performs with a steel string) always percussive, rhythmic, and driving. All of the songs were written specifically for the album, with the exception of the final track, “Cycling Trivialities,” which Gonzalez had been tossing around during the Veneer sessions but never managed to finish in time for the album.

But another major difference was the addition of percussionist Erik Bodin and back-up vocalist Yukimi Nagamoto, both of whom are members of the band Little Dragons. I ask Gonzalez about this because the last time we spoke, he mentioned that he disliked most instruments besides the guitar (“except maybe the trumpet”).

As it turns out, both Bodin and Nagamoto were crucial to the writing and recording process, although Gonzalez himself took the reins most of the way.

“Eric, Yukimi, and I have been touring together, so it was natural to invite them into the writing process,” he says. “I had the melodies ready, but Yukimi helped me write ‘The Nest.’ She’s really creative – I don’t know, put a pen in her hand and you’ll already have like five lyrics!”

Gonzalez has also put his second band, Junip, on hold until he is done touring in support of In Our Nature.

“It’s kind of like this air castle,” he laughs. “I spend a lot of time talking about Junip but we never do anything, actually. Next year I’ll probably spend time with them and we’ll try to come out with a record in one or two years.”

At its core, In Our Nature is a step in a different direction for Gonzalez, but a step in the right one nonetheless. The last thing I ask him is how he thinks the fans will receive the album. “I didn’t have the songs until a couple weeks before I recorded them,” he explains. “They were all sketches and I was afraid I’d end up with no record at all. So once I had the songs I felt like it doesn’t matter if it sounds good, this will still be a record that I’m comfortable with.”

Sounds good to me.