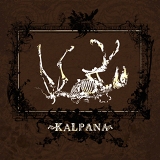 The four nice boys from Queens have decidedly followed their debut full-length, Hors de Combat, with an emotional rollercoaster that leaves you needing a drink and an empathetic ear. Kalpana have put together and self-released the limited edition This Dead Horse EP.

The EP opens with "And They Were Dubbed Assassins," a song that's a lot like an invigorating August rainstorm in NYC. The four remaining songs are far more foreboding. "This Dead Horse" is filled with wonderful changes in mood, time and texture. With "Secrets, Dark Secrets and Even Darker Secrets," the EP comes to it cacophonous conclusion in a bath of feedback and found sounds.

This Dead Horse shows considerable growth in the band's sound and should have the masses clamoring for a follow up full length to 2004's Hors De Combat. These five songs demonstrate the bands propensity for concocting sounds that conjure up all the sadness and hope that comes with confronting the notion of mortality.