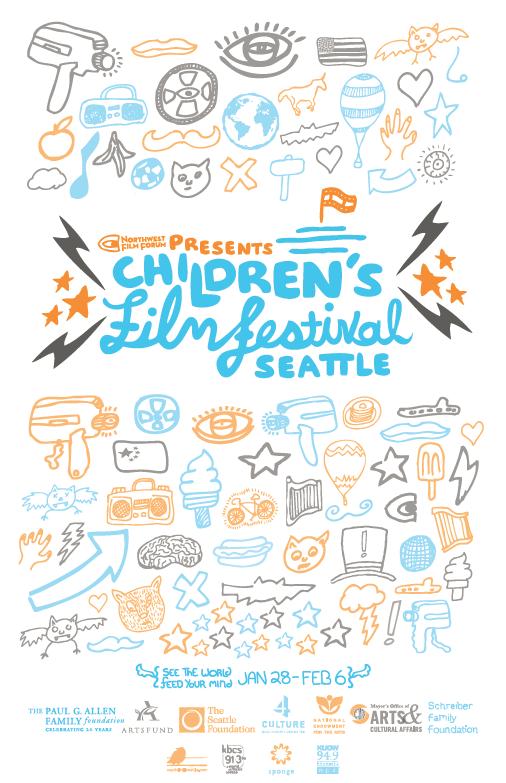 Seattle Children's Film Festival: The Kids Get A Fest to Call Their Own

Got kids? Have the emotional level of a young child? In either case, the Northwest Film Forum has got you covered starting this weekend.  If you’ve ever wished you could expose the short people in your life to something a bit different than the latest commercial vehicle from Hollywood (and the merchandise associated with it), the festival has a wealth of opportunities to see works from around the world in a community atmosphere.

Along with current films there are archival screenings, hands-on workshops, a musical pajama party featuring something called Casper Babypants and a pancake breakfast.  And seriously, why would you deny your spawn a pancake breakfast?

It’s a 10 day blow-out that I can’t do it justice in a single post. I haven’t seen all the materials being presented, but from those I have, this looks like one top notch operation. More info can be found at the Northwest Film Forum website. They’re doing a truly good thing for the community here, and I hope folks will check out the opportunities taking place between 1/28 and 2/6.

While a screener wasn’t available I’m personally curious about “7 Days in Slow Motion” which plays twice at the festival. Targeted for 8+ year old viewers, this Indian film about a boy scrambling to make a film in the 7 days before he has to return a camera is the one most likely for me to see during the festival.

Some thoughts on a few the pieces I’ve had a chance to see: 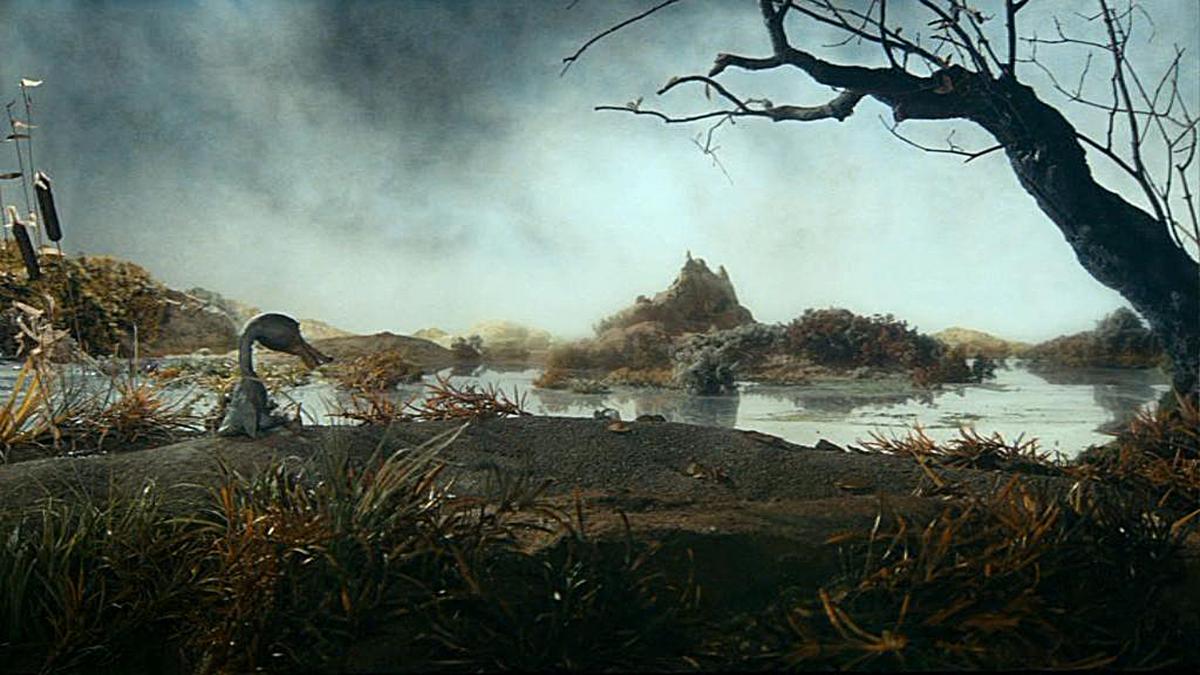 Ugly Duckling from Russia is quite special.  It screened late last year at the Vancouver International Film Festival where I saw it in a breathtakingly huge theater filled mostly with adults.  I don’t want to push the kids out, but if you’re an adult who likes animation and classical music there aren’t a lot of reasons to skip this one. Three screenings planned so hopefully everyone who wants to will be able to attend – but the word is hot on this one so I wouldn’t wait forever to buy tix.

It’s the classic tale of the bird who doesn’t quite fit in until his inner character manifests on the outside. It’s told via animation techniques and singing foul. The humorous critique of Soviet society mixed in with the beautiful visuals is just a bonus. The singing collective of birds who make our swan hero’s life miserable won’t soon be forgotten – just loved the songs about how the bird’s coop is the best coop there is, how everything they need is provided for them, and how great it is they don’t have to fly as their wings are consequently so good looking. All interspersed with classical symphony music. There is one moment of bird hunting that I expect would be scary for young kids, but then again I’m still terrified of the witch and that damn apple in Snow White. 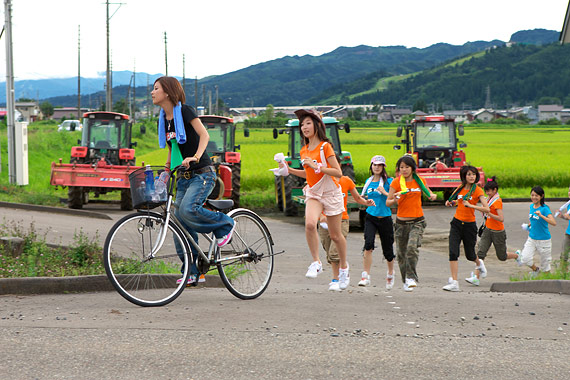 Shot in Japan’s picturesque Niigata Prefecture, The Azemichi Road tells the story of Yuki: a young girl with a hearing disability and a love of dance. Improbably, she finds her way into a competitive synchronized dance team and excels despite a series of challenges that include ignoring her old friends, team members who resent her sudden success, and of course a near complete inability to hear the music. Filled with catchy and realistically choreographed dance numbers, the film showcases the enthusiasm and natural interactions of a broad cast of young actresses.

In the beginning there are some disturbingly Blair Witch shaky cam scenes, but things eventually smooth out.  The filmmakers either purposefully abandoned the handheld esthetic after 15-20 minutes or just found better equipment. It’s a fun and simple story featuring lots of dance and Japanese pop music. Points are hit repetitively to ensure younger audiences get them – without being so heavy-handed that it’s unpleasant as an adult viewer. It’s “everyone should be included and belong” message is certainly a positive one. And it’s about as empowering a film for young girls as a one involving them gyrating “fly girl” style is gonna get. Some parts are somewhat Japanese centric, especially the issue one of the characters has of being ashamed of her hearing challenged younger sister, but I’d think the view into another culture would itself lead to some positive discussions post film. The festival has it suggested for those 8 and up. 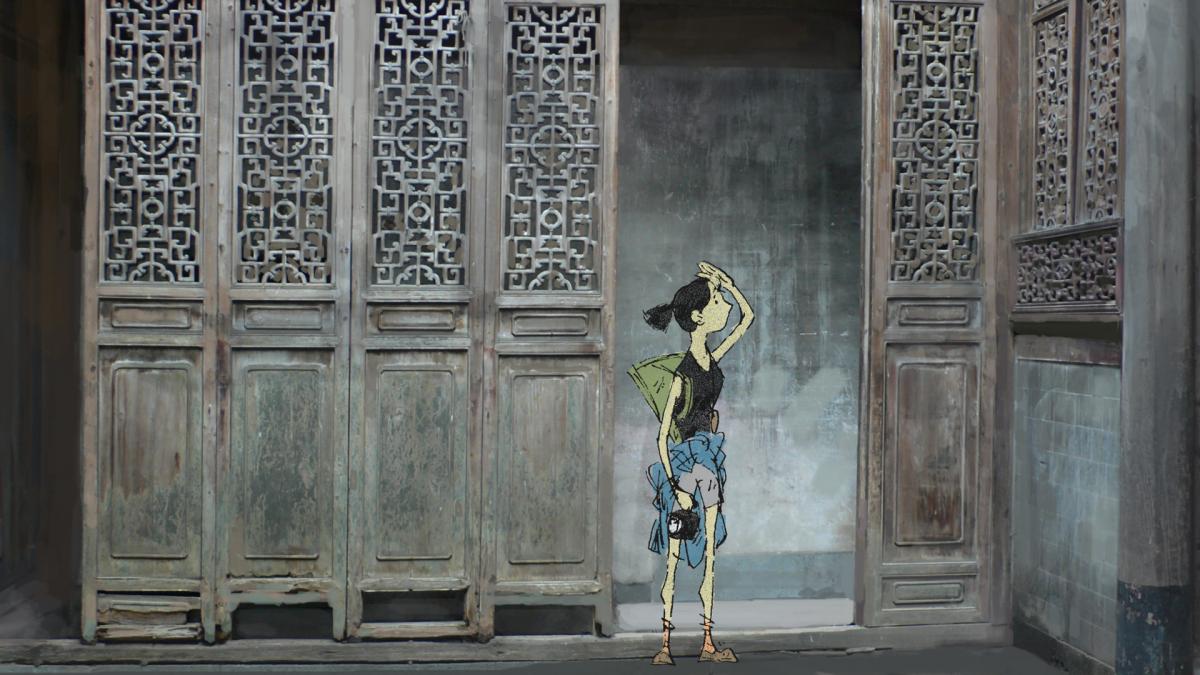 Joe Chang and Friends brings a round-up of varying styles of contemporary Chinese animation as a short film package. This sort of offbeat, set to music, but otherwise mostly silent animation isn’t my cup of tea. But if it is your child’s, these are well rendered, if occasionally surreal shorts. The group of films is recommended to those 7 and up with “Parental guidance suggested due to one film with intense subject matter, and one very sweet film that takes place in a bathroom.”

I didn’t watch 100% of the package, so unfortunately I can’t speak to which they were referring to with respect to “intense subject matter.” But I can say that the bathroom one is indeed sweet centering around a son drawing pictures of his dad who’s sitting on a toilet throughout. Not in a scatological humor way – the son imagines dad as different animals as he sketches. There is one short with an out-of-body experience sort of thing going on that I know would have scared me as a child. In addition to the apple thing I mentioned above – I’m also still scared of Justin Bieber…so calibrate accordingly. 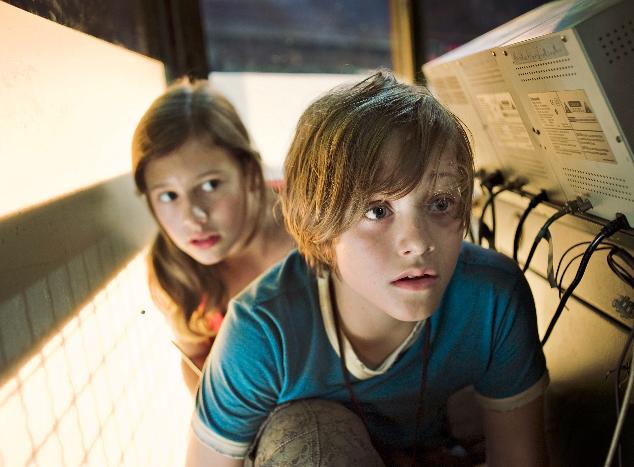 Last but definitely not least – for somewhat older kids, the NWFF has The Crocodiles Strike Back (aka Crocodiles 2) the sequel to a film that played at the same festival in 2010. I haven’t seen the first film. While I’m sure it doesn’t hurt to have seen the earlier one, starting with the sequel seems fine to me. The movie throws one into the thick of things almost immediately as the Crocodiles seek out a new headquarters.  They’re a group of problem solving chums – sort of think Scooby Doo crossed with Indiana Jones – but without the dog (and an old guy in a ghost outfit).

After some tense challenges that introduces us to the gang, the main story gets underway as the group needs to figure out who (if anyone) is sabotaging the factory that employees most of the town.  With it’s shutting down, the two Crocodiles with some (sweet) romantic leanings are about to be separated.  Filled with adventure that truly is exciting, lots of music, and a strong positive friendship between the characters I thought this was great fun – I totally got into this picture. The NWFF suggests it for ages 11 and up with “coarse language, bathroom humor and scenes depicting danger and violence.”

There is a pretty constant stream of dangerous situations – from the kids screwing about in an old mine (occasionally with dynamite) and being menaced by thugs, but they definitely manage to hold their own and no one is injured. Though your child will likely leave the theater knowing how to say “shit” in German… whether that’s a good or a bad thing, I’ll leave to the reader.