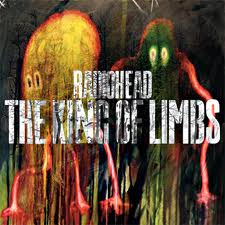 The King of Limbs

When I was a very little man, probably three years old, my family took me to the circus. As I observed the caged lions and tigers, I confidently asserted that they were not ferocious beasts, but rather “people dressed up” as animals. Yes, I was a cynic even as a toddler.

In the days since its release, I’ve listened to Radiohead’s The King of Limbs between 40 and 50 times, which suggests two things: 1. I probably need a girlfriend and 2. I LOVE Radiohead. The latter point cannot be overstated – I’m so into them that, on more than one occasion, I’ve actually forgotten to breathe while taking in a new record. Suffice to say, I greeted news of their 8th LP with considerable enthusiasm.

The initial volley of songs on Limbs quickly make it known that the now-legendary Oxford quintet are not content to rest on their laurels. In Rainbows, Part II, this is not. While the warm, amorous aura of In Rainbows remains, Limbs has much more in common with the records that now make up the literal centerpiece of their career – Kid A and Amnesiac. Yet while the bass and drums on those two records owe a debt to the work of Mingus and various Warp Records artists, Limbs’ rhythmic content has a decidedly hip-hop edge. This is evident on the window-rattling instrumental “Feral” and the opener “Bloom”, a madcap thrill ride accentuated by intermittent bursts of Bjork-meets-Disney strings and brass.

Of particular distinction is the superb “Little by Little”, which boasts the only real flashes of Radiohead’s trademark angular electric guitar work. It’s almost a Beatles moment – a cut from some alternate-reality version of Sgt. Pepper.

The second half of Limbs eases up on the intensity but delivers a great deal of diversity. Leadoff single “Lotus Flower” feels like what Thom Yorke believed much of Hail to the Thief was -“music to shag to.” “Codex” is a lovely companion to Amnesiac’s “Pyramid Song”, while “Give up the Ghost” is as much Led Zeppelin III as Harvest-era Neil Young. And “Separator” completes the odyssey with something not terribly common in the Radiohead playbook-optimism.

Though it’s difficult to gauge where The King of Limbs ranks in the hierarchy of Radiohead albums, I can say with complete assuredness that it definitely lives up to their stratospheric standards. Every time it appears that they’ve solidified their sound, these fellows go and add new elements to their own little periodic table. That any band can maintain this level of excellence for over 15 years is remarkable. In fact, it’s more than that-it’s magical. It’s almost enough to make me believe the impossible: Radiohead are otherworldly beings dressed up as people.