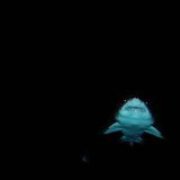 The clarion call for the half melancholic-folk, half fiery noise-pop of Kind of Like Spitting's In The Red was last summer's mini-album LEARN, a tributary collection of protest folk singer Phil Ochs songs that Ben Barnett (who basically is Kind of Like Spitting) enthusiastically shared with his fanbase. It could have been a potentially hazardous introduction to Ben's new direction, depending upon the re-created songcraft of his newfound muse and spiritual mentor. Would his batch of new original material going to wear Ochs' misty madness so conspicuously on its sleeve?

Fortunately, In The Red is at least halfway completely unexpected. Barnett's stormy relationship songs like "We Fell All Over You," contain psyche-shaking accusations shot between spiderweb basslines, and the churning, chord-twisting title track sounds like visceral self-laceration, as confusing and brutal as a night on the town gone terribly, horribly wrong. But only a caustic crank would say that the to-be-predicted Ochs-influenced material like the dually vicious and elegiac "Aubergine" ("I live in a town that reminds me what I owe her — feels like a punch every time I come home — running out of excuses for every explosion") or the graceful Zen anarchist-gospel of the classic folkie closer, "Passing Through," are in any way merely derivative.

After flailing around a bit creatively and professionally the past few years, Barnett has dug deep into his inspiration and hooked up with Hush Records, creating a challenging album with both the painfully clear, morbid wit of his storytelling hero and the fuzzed out ferocious basement crunge-rock of the embittered bed-sit set. You may consider In The Red's approach schizophrenic the first few plays through, but eventually it nearly has the same Gnostic divine and depraved flavor of Neil Young's awesome Rust Never Sleeps, a platter of sweet acoustic shattered psyche lamentations cycling around a set of bone-breaking musical rages. As Young too is a known huge fan of the late Ochs, this isn't a surprising direction for Barnett to go in, but it is certainly remarkable that he raised his own bar so high and created music to meet it.

In The Red is an enchanting album, one that has been seemingly ignored by most of the music press in the two-plus months since its release. Perhaps that makes its belated holy kiss even more heartfelt.