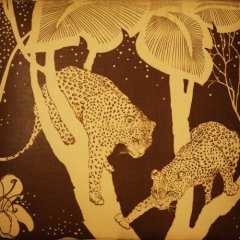 I have a friend in New York who’s been singing the praises of Langhorne Slim to me for a couple years but it’s been one of those things that I just haven’t gotten around to until I got the record in the mail. Serendipity? Probably not. Langhorne Slim and the War Eagles use unique instrumentation to create a kind of country pop with a rambling sensibility. I listened to Langhorne Slim & the War Eagles over and over looking for something memorable to write about to please my friend but I just couldn’t find much to get overly excited about.

If there is one thing I can say about the record is that there is not a bad song on it; but I’m also not incredibly moved by any either. Whether the rambling style of “Restless” and “Tipping Point” or the more mellow “Colette” and “Diamonds and Gold,” the band does a wonderful job of walking the line between an old Texas-style saloon band and a a modern ass-kickin’ folk-singin’ renaissance man. Maybe that’s the problem though — the styles are spread a little too thin and it needs a bit more focus.

Songs like “Spinning Compass,” “The Honeymoon” & “Hello Sunshine” are upbeat and have good intensity but lack that spark of killer songwriting that makes you wake up thinking about a song or hum it when you’re walking down the street. I can hear the emotion put into the songs, however, so I went back to my friend and asked him how Langhorne was live and my buddy said they were great. I can see that in a live setting these songs would be much more enjoyable, brought to life by the energy of the band and the crowd. I can indeed say I’d jump at the chance to catch a Langhorne Slim & the War Eagles show.