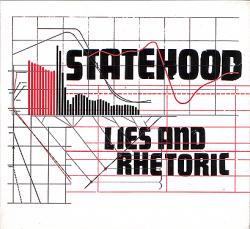 I had the great privilege of seeing Washington D.C.’s legends of lunacy The Dismemberment Plan three short months before their untimely end in 2003, shoulder to shoulder with a few hundred overheated young hipster twenty-somethings bouncing and shaking at the tiny, sweaty, claustrophobic club Meow Meow in Portland. It wasn’t the first time I’d seen that twitchy, often undanceably obscure group, but the looming mood of impending band dismemberment put my senses in sharp focus; I had to absorb every note, I strained to drink in each counter-rhythm and cheeky lyric, I reached The Buzz and The Buzz reached back. I count it as one of my all-time favorite shows and anyone there could probably offer a similar take.

As any Plan Fan will tell you, the true magic of the band was not only in Travis Morrison’s tempered, frantic jabbering about girls and jobs and the end of the world, but the sheer immutable tightness that was Dismemberment Plan’s rhythm section; bassist Eric Axelson and drummer Joe Easley functioned almost as one mind, diving in and out of time signatures and synching up beats as though driven by Midi control. So when Statehood’s album graced my desk with a note reading “Dismemberment Plan Guys” I couldn’t get the disc out fast enough. While the initial motive was simply to hear what new sounds Axelson and Easley had conjured up there was an element of fear and hesitation. “What if it sucks? What if it really really sucks?” I thought, after all, post-brake-up bands could go either way (Read Audioslave).

I must say out of the gate I recognized the scampering sprint of Axelson’s bassline, as well as the plywood-tight snap of Easley’s well worn snare, but coming off Dismemberment Plan primers like “Girl O’clock” and “The Other Side,” Statehood’s opening volley “A Story’s End” came off bracingly square, and not the un-hip kind of square, just, you know, 1-2-3-4 square. Not to say that the track lacked energy; in fact singer Clark Sabine’s throat burning howls and guitarist Leigh Thompson’s scaffolding arpeggios work so well with the rhythm section you’d assume Statehood had been playing the D.C. post-punk scene as long as anyone. So I decided to set aside my assumptions and, rightfully, look at this band as a bunch of guys I’d never heard of making an album of music that I’m supposed to form a thoughtful, intelligent and unbiased opinion of. Luckily by the second track, the mosh-worthy “Giants,” I was in the Statehood state of mind. As the album progresses the ferocity of Sabine’s pleading vocals rarely lets up, the way this album grows is in the increasing complexity of the music; each track adds another layer to Thompson’s calculated and surgically precise guitar additions. The way he effortlessly moves from a sputtering jangle (”End the Moderation,” “Transfixed”) to cascading shimmer (“Every Single Question,” “Sense of Home”) brings to mind the style of Bloc Party’s Russell Lissack, in fact Statehood as a whole could function as a fair American equivalent to that London band.

It really speaks to the talent and commitment of these four guys, each a component of a previous band, to come together and produce an album of this caliber just because they felt the material needed to be created. I suppose that’s a major motive for many bands, but it really seems like Statehood overcame some kind of obstacle by releasing Lies and Rhetoric. Adding something to a scene that has such established roots and well known founders, to keep it alive by pulling together some Frankenband and saying “There’s still relevance here!” shows remarkable drive and genuine skill.

Or they could be a bunch of dudes who just want to play in a rock band. Who knows?