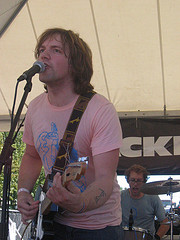 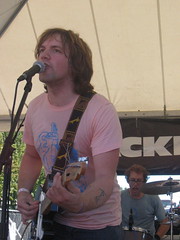 Gird your weary loins, as you have approximately one day after Bumbershoot 2010 to prepare for a multi-genre mini-festival at the Tractor. Shonen Knife is headlining, and after recently watching their live DVD Live At Mohawk Place 2009 about a dozen times (featuring excellent work by new drummer Emi), I am anxious to see the Japanese punk pop trio of goddesses light a fire to classics such as “Banana Chips,” “Giant Kitty,” and the new, no-need-to-explain band anthem “Super Group.” I highly recommend getting the DVD (on MVD) to see the band touring behind the album has that last song as its title track, as it lovingly captures the band lo-fi with delirious high energy and sass.

Beginning the Tractor show pretty damned early at 8 PM will be one of my favorite Seattle bands, The Purrs, which has recently and temporarily replaced long-time rhythm guitarist Bob Silverstein with Herman Jolly (legendary musician about town, Little Pieces being his most recent achievement). Be sure to arrive early so you won’t miss Jima (lead vocals), Craig Keller (drums), and Jason Milne (guitar), who put out one of the tightest and deepest odds ‘n’ sods collections earlier this year, Tearing Down Paisley Garden. For tough, poetic, personal and topical working class art, The Purrs are the Pac NW equivalent of UK parochial pub-punk bands like the legendary Only Ones. (Ask great taste-endowed KEXP DJ Kevin Cole sometime how high of praise that would be.) “I’m Slipping” midway through the lanky mini-album is on my best of the year mix-tape.

Sandwiched there in the middle these two sets are Stefan, Scott, and Brendhan, also known as The Pharmacy, which are a wonderfully dynamic way to segue from the crackle of The Purrs to the cackle of Shonen Knife. One of the Seattle area’s most promising rock bands for many years, they could be headlining a show at The Tractor all by themselves. Listening to them sounds like hitch-hiking around lush Vashon Island on a sunny summer day, hanging out with the locals and having a tipple or two. Great night for some tipple with a trio of rock demigods at the Tractor, that’s for sure.